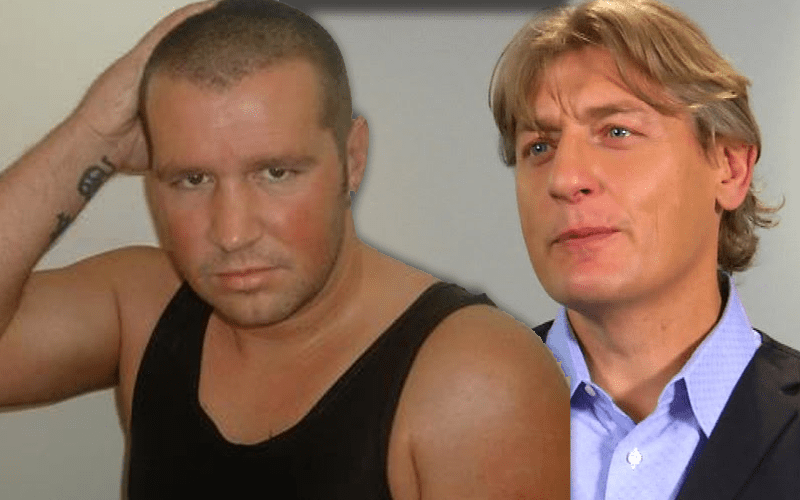 Paige is now retired from in-ring competition, but it seems like everyone else in her family is still fighting. Roy Bevis, Paige’s brother recently made some remarks that he might regret.

Roy went off on Facebook saying that he was supposed to be at WWE next month, but someone in the office blocked him. Then he carried on to promote his tag team the UK Hooligans.

Suppose to be going to WWE next month but once again been blocked from someone in the office once again so I’m being told ..anyone else want kick me in bollocks well I’m down feel free 😂😂 I’m never going to change who Im am honest straight talking fella,if I’ve got something to say il tell ya but the wrestling world isn’t like that it’s all about stroking egos and back stabbing..UK hooligans are the best known tag team on the uk Indy scene I’m happy doing wrestling in bingo halls long as I get to entertain fans and enjoy what I’m doing

William Regal apparently saw this Facebook update from Roy and he did not appreciate it. This was followed by a stern warning from a man who could be influential in anyone getting a look from WWE.

I hate doing this but no choice.Roy, Paddy, you’ve got my number. Be men the both of you and call me up.Roy, just re check the fb post threatening a WWE staff member in public from last week and see how it might affect your family. This is on you!