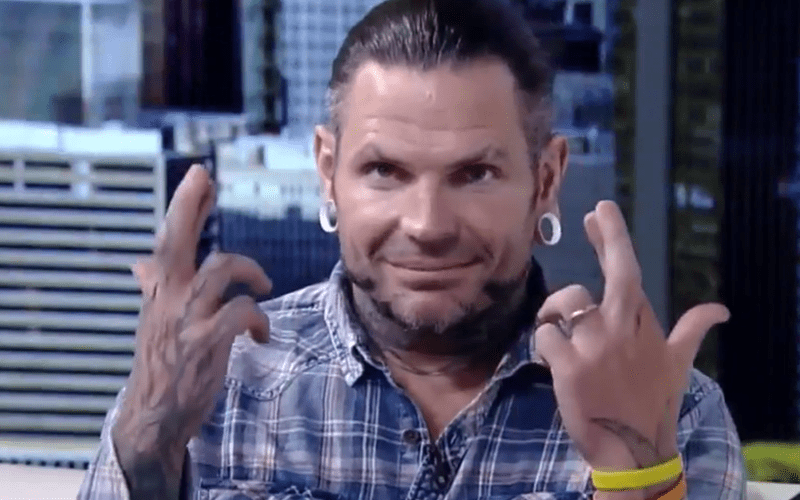 Jeff Hardy was arrested for driving while impaired and driving on a revoked license. This was something that a lot of people found concerning and now he has a court date.

BIG UPDATE: Some insane details were released about Jeff Hardy’s arrest including a bloody nose after an alleged fight with his wife.

PW Insider reports that Hardy is slated to be in court on Thursday, November 7th. At that time he will face the charges of driving while impaired and driving on a revoked license.

Hardy has also had his driver’s license revoked for at least 30 days pending his hearing.

At this time, Jeff Hardy is still recovering from a knee injury that he sustained during an April 20th house show. The injury was credited to Lars Sullivan, but he actually had nothing to do with it.

Hardy’s appearance at Ringside Fest on November 3rd in New York City is still on as of this writing.

We will keep up to date with this story at Ringside News and continue to hope for the best regarding Jeff Hardy’s current situation.