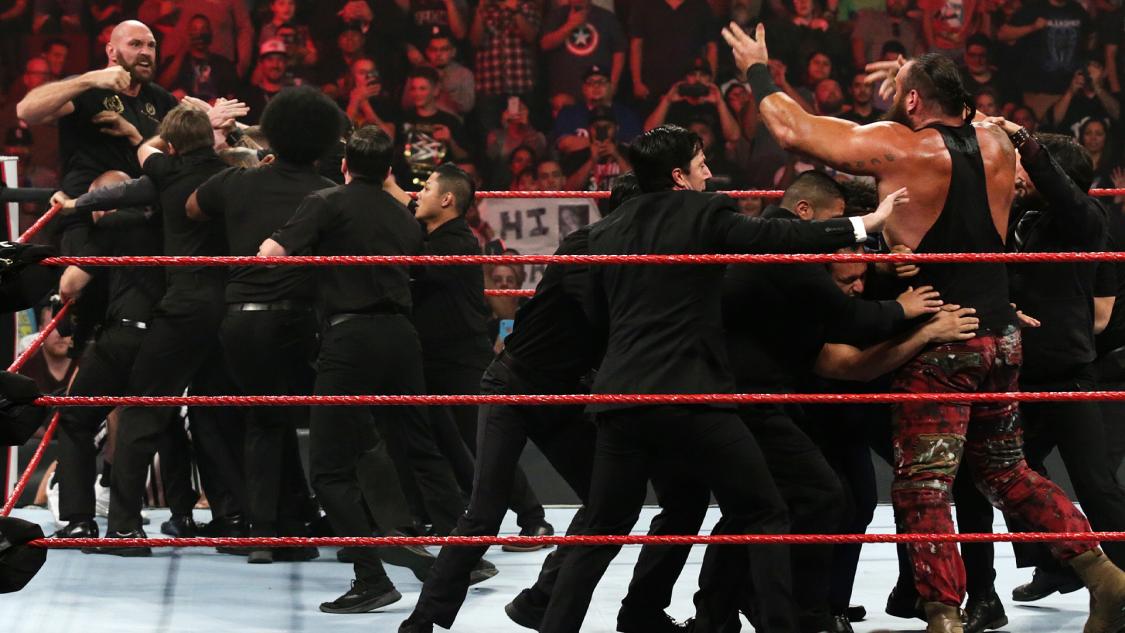 Last night on Monday Night RAW we took a step closer towards the highly anticipated showdown between Braun Strowman and Tyson Fury, which is a feud that began last week on the premiere episode of SmackDown on FOX.

The heavyweight boxing star has always been tipped to make the move over into the world of professional wrestling, but few thought it’d happen quite so soon. Of course, there’s a good chance this is nothing more than a one match deal for Crown Jewel, but the potential is certainly there for more.

After their brawl last night, Braun took to social media in order to react to the chaos with a short and simple tweet.

Braun wasn’t all too pleased with Tyson’s request for an apology on RAW, and now, it seems like just a matter of time until they throw down.

The negativity surrounding this storyline has been pretty evident, with many feeling as if they’re wasting an intriguing WrestleMania match by having it take place on one of WWE’s questionable Saudi Arabia shows. Still, people are going to tune in to watch it, if only to see what kind of a match they end up having.

Strowman’s momentum has certainly gone on a downward trajectory in recent months and that much is just kind of obvious. However, perhaps a feud of this magnitude, with the mainstream media also being interested, could finally lead to something of a big resurgence in his rise to the top of the card.