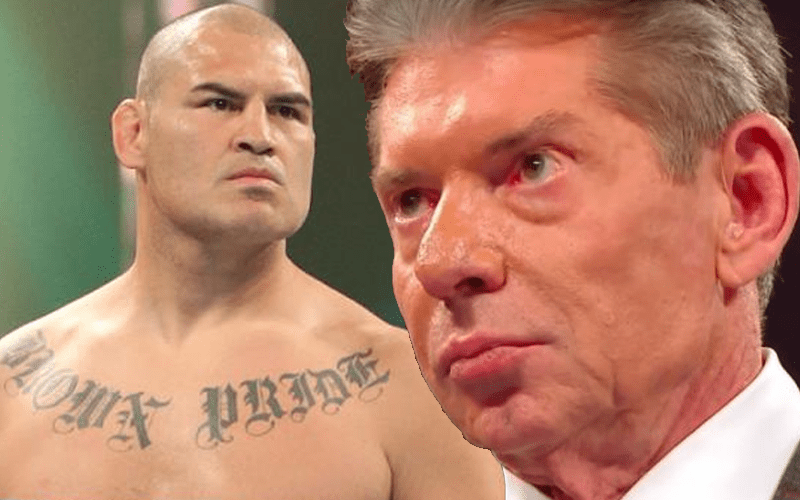 Cain Velasquez showed up in WWE to conclude their big FOX debut. He has yet to sign an actual contract, but seems excited to work with WWE.

Brad Shepard noted on the Oh, You Didn’t Know Patreon that Vince McMahon wants Velasquez to tighten up. The general feeling could be the same that Chris Jericho has as he called Cain “skinny fat.”

Either way, McMahon apparently wants Velasquez to get ripped and look more like a former UFC Heavyweight Champion should in his opinion.

According to a source in WWE, Vince McMahon wants Cain Velasquez to get ripped, if he’s going to commit. The feeling is that he doesn’t look like a former UFC Heavyweight Champion right now (where as for example, Brock Lesnar does).

I’m told Velasquez is really nice and willing to learn

Cain Velasquez doesn’t have much time to “get ripped” before he is slated to face Brock Lesnar in Saudi Arabia. It could be very useful to have someone like Cain Velasquez around WWE. Let’s just see if he looks a bit trimmer the next time we see him.