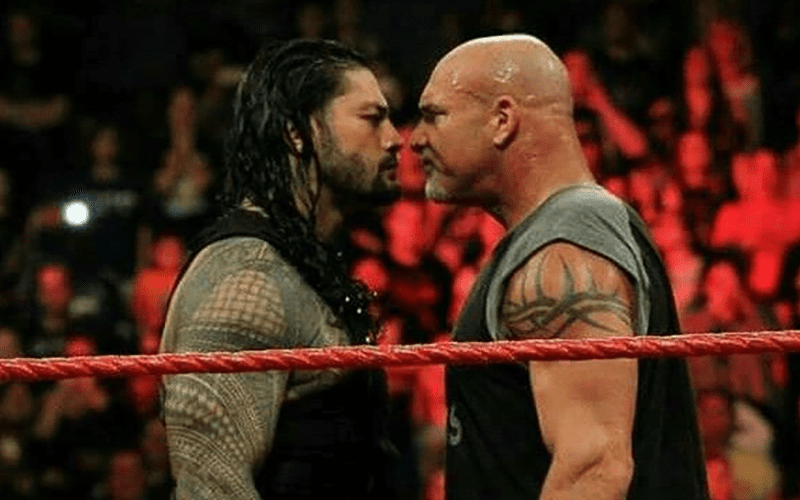 Goldberg shows up every now and then at this stage in his career, and it looks like he’s game to face anyone in his way.

While speaking to Instinct Culture, Goldberg was asked who he wants to face on the current WWE roster. There are a lot of people he would love to throw down with on the current roster, but “The Big Dog” Roman Reigns seems to be on top of that list.

“God, who wouldn’t I like to face that I haven’t face? You know Roman and Braun are two guys I’d like to test their metal a little bit. Georgia vs Georgia Tech, it’s kinda a built in rivalry, but I’m good. I’m good. Whoever they throw in front of me I’ll decimate, you know. It’s all good.”

We’ll have to see if Goldberg vs Roman Reigns is in the cards. It could definitely be a big match that WWE might want to consider.