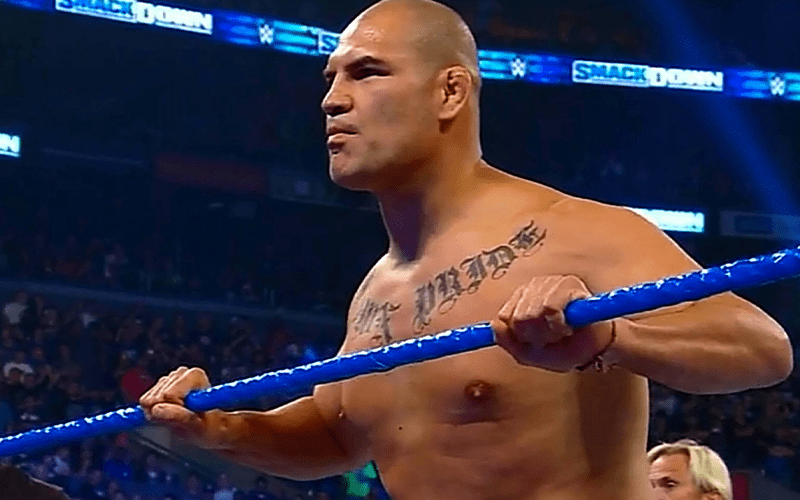 Cain Velasquez showed up in WWE and it was rather unexpected. It turns out that he did this without a contract as well.

Velasquez told ESPN that he has not signed a deal with WWE. He hopes to land one soon. We’ll just have to find out later what kind of deal he ends up accepting from WWE.

The fact that WWE is slating Brock Lesnar vs Cain Velasquez for their October 31st Saudi Arabia show means WWE needs to get something in writing.

”That’s correct, not officially … but hopefully. With tonight and doing what I did and kinda working with them … I would love to work with them. I would love it.”

UFC is supporting Cain Velasquez’s decision to make the jump to pro wrestling. He commented that fighting will always be there for him, but right now pro wrestling is “just really fun for me.”

”I feel like fighting will always be there.  I feel like I have the skills. This at the time is just really fun for me. And who knows where I’ll go from here but I’m enjoying what I’m doing and that’s it for me.”

It will be interesting to see when Cain Velasquez shows up next. If WWE has two former UFC Heavyweight Champions that they can use as part-timers that could set up a lot of very intriguing scenarios.