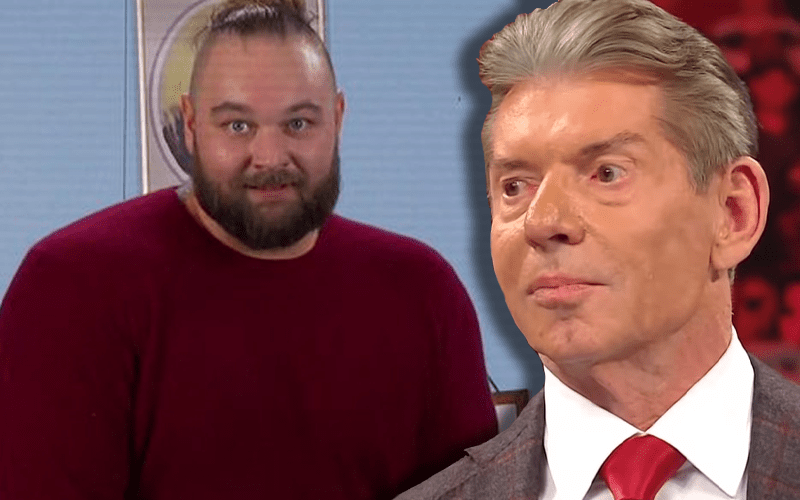 Bray Wyatt’s Hell In A Cell main event match didn’t turn out like anyone wanted it to. Because of a booking decision from Vince McMahon, fans all over are widely regarding Rollins vs Wyatt as the worst main event in WWE pay-per-view history.

Wyatt is very active on social media and it turns out that he might want to get his hands on Vince McMahon. We’re not 100% clear what his motivation might be, but we have a pretty good idea after Sunday night.

Fans replied back to Wyatt suggesting that he slap the Mandible Claw onto McMahon. Wyatt turned around and liked a couple of those tweets. That being said, it seems like Bray Wyatt might be totally okay with taking some frustrations out on The Chairman.

Perhaps Wyatt was talking about the Evil Vince McMahon puppet that lives in the Firefly Fun House. Either way, it’s a very interesting thought to consider.