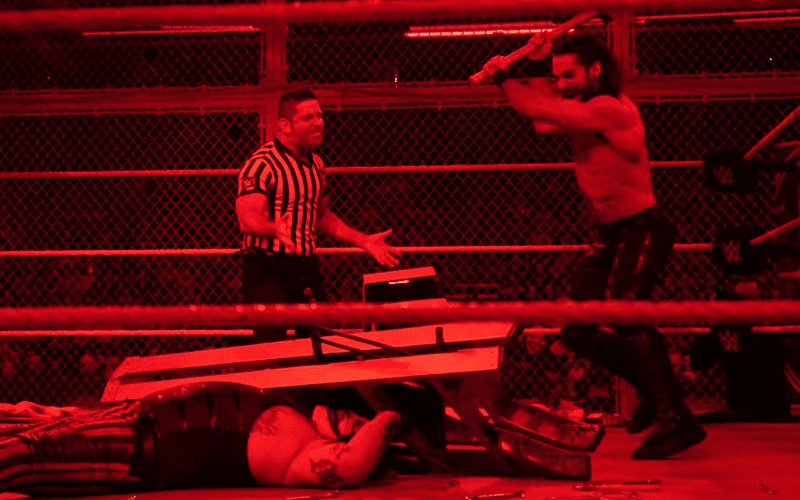 Bray Wyatt’s Fiend did not become Universal Champion at the conclusion of Hell In A Cell. This was a controversial ending, but there’s nothing we can do about it now.

Fightful Select reports that various Superstars backstage were taken aback by the Hell In A Cell finish. One commented saying, “none of us even know what to say.”

Another Superstar reportedly said that they can get behind the blood coming out of Seth Rollins’ mouth a the end of the night. They could not get behind the finish or even the idea behind this match in the first place.

“But the BS finish in a cell? Come on. That needs to be the match that has the ultimate finality. But Fiend’s first match with Rollins was in a cell, so that was flawed right out of the gate and taking 15 curb stomps? That also was bizarre. It was bizarre. That’s the best way I can describe it.”

We’ll have to wait and see if WWE will try to correct their errors later on. It might be hard to take this one back as 2019’s Hell In A Cell is already being considered one of the worst WWE pay-per-view endings of all time.