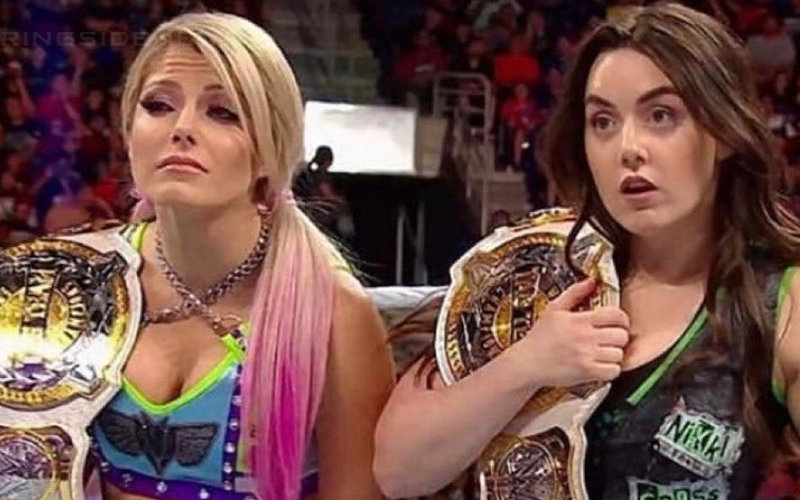 WWE introduced Women’s Tag Team Titles this year, but Vince McMahon reportedly didn’t even want them. Now Alexa Bliss and Nikki Cross are the champions, but they’re uncertain about their future as a team.

The WWE Draft is going down on October 11th and 14th. When asked by Pro Wrestling Sheet what will happen to the WWE Women’s Tag Team Titles post-draft, Nikki and Alexa didn’t have any idea.

WWE introduced the WWE Women’s Tag Team titles with the intention of them being floating championships. Obviously that has only applied to the main roster as the NXT aspect of that promise has apparently been dropped.

We will have to see what happens next, but we’ll probably have a much better idea what will happen to the WWE Women’s Tag Team titles after the draft is said and done next week. At this point it doesn’t appear that even the champions know what is going on.