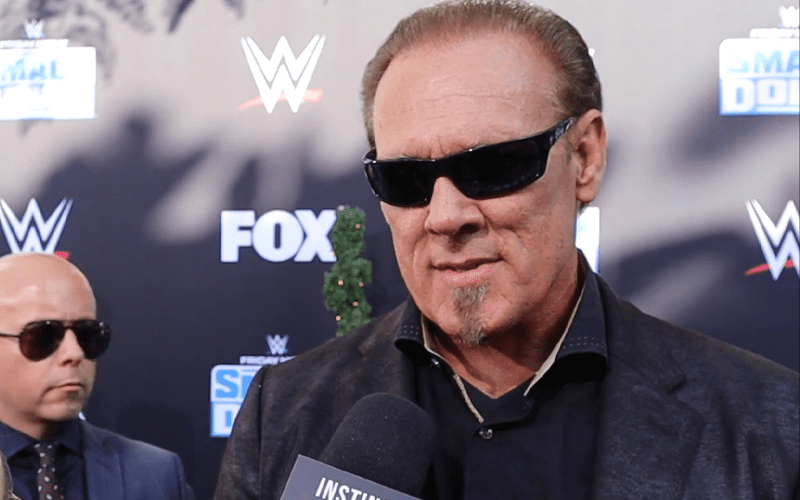 Sting was at the SmackDown debut on FOX, but he didn’t appear on the show. This is quite interesting, but Instinct Culture was able to catch up with the WWE Hall Of Famer for a blue carpet interview before the big event.

The Stinger misses the fans and credits them for keeping him “glued” to wrestling. He was also asked bout what it was like to make the jump over to WWE and whether the reaction he got from fans was a shock to him.

That’s one of the things that kept me glued to wrestling, all the years that I was wrestling, 30 years, it was the fans, the crowd, I mean anyone who says that the roar of the crowd doesn’t really matter to them is lying. It really matters what the crowd says, what they’re feeling, what their emotions are and all that. You wanna have a storyline that is meaty, and man it’s incredible, I’ve enjoyed and I’ve missed the relationship with the fans that I had all those years, good times but you know what I am getting a taste of it here tonight….

Well first of all it was amazing, it was different from anything that I ever experienced, yes I’ve heard all kinds of crowd reactions and all but the WWE crowds, oh my gosh, they’re first of all enormous, they’re very very loyal. No, I never thought that I would be under the WWE umbrella, I never thought that I would be interviewing here on the very first SmackDown on Fox. This is my first SmackDown, you know for me, but yeah I never thought any of it would happen, but it did, it came full circle all the way around, and everything’s turned out fantastic.

We’ll just have to wait patiently to see when Sting might appear on WWE television next. At this point, we know that just because he is advertised doesn’t mean he will necessarily show up on screen.

Thanks to Instinct Culture for the quote