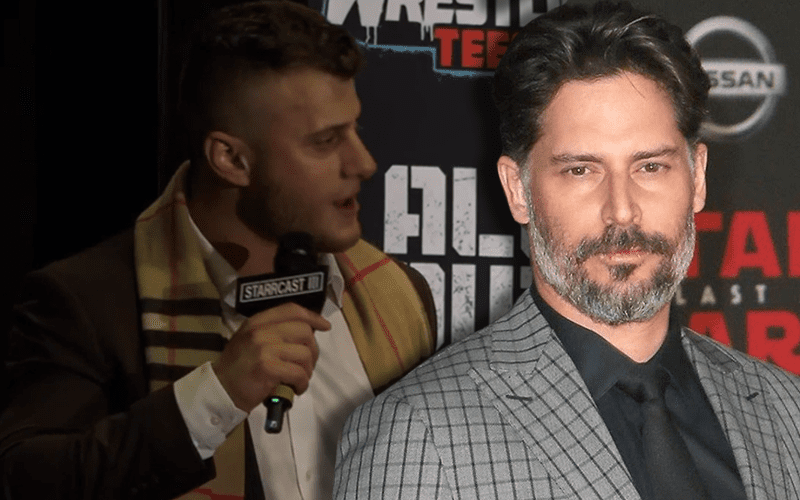 MJF has a knack for enraging people and he recently caused a ton of heat for taking shots at Dungeons & Dragons. That was not accepted well.

Joe Manganiello tweeted back at Maxwell Jacob Friedman and it appears that they’ll agree to disagree.

During the media scrum following AEW: Dynamite, MJF decided to throw some bombs at Joe Manganiello. Apparently, he doesn’t think much of his performance as Flash Thompson in Spider-Man.

“Let me tell you something about Joe Manganiello – I don’t care, dude. The most impressive thing that you have on your cinematography is that you got beat up by Spider-Man. A nerd! So, I couldn’t care less Joe Manganiello’s opinion on anything I have to say on Twitter.”

“Twitter! And then I have people giving me death threats who play Dungeons & Dragons. Do you really think – I mean, let’s just face the facts here. I tapped somebody out in three, maybe four minutes tops? Three and a half? Do you think I’m going to lose to a guy who’s a ‘level 95 knight in a street fight?’ No. Maybe rolling dice, pal.”

“But you’re going to send me a death threat? You’re out of your Goddamn mind. I will literally kill you with my bare hands, I will kill you with my bare hands if you come near me. I’ll murder you! It’s mind-blowing to me how ridiculous these fans are. It is crazy to me, especially when they’re behind their little phones, ‘Oh, I’m going to get him. I’m going to get him right now! Yeah, got you MJF!’ Like, no, you got nobody. I make an insane amount of money. You live in your basement with your grandmother. You’ve gotten no one! The only person you’ve gotten is yourself. Congratulations, you got yourself. You’ve punk’d yourself. You’ve pretty much Ashton Kutchered yourself.”

MJF apparently received a lot of death threats for saying that he didn’t like D&D. It’s not cool to threaten MJF’s life or anyone for that matter. It doesn’t sound like it bothers MJF too much because he’s received death threats before.