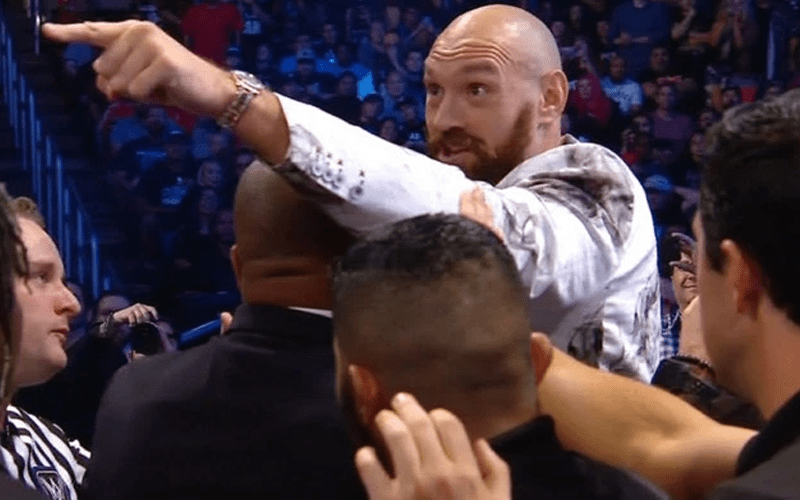 Tyson Fury almost rushed the ring to get his hands on Braun Strowman during the big SmackDown debut on FOX. Apparently, WWE has big plans for him too.

Alex McCarthy reports that Tyson Fury will be working WWE Crown Jewel and not WrestleMania. ESPN and FOX have worked on it to promote Fury’s fight against Deontay Wilder.

Two different sources have told me the plan is for Tyson Fury to appear in Saudi Arabia, not WM36. ESPN and FOX has worked together on this and the goal is to promote Fury v Wilder.

Deal was agreed earlier this week, one source said Monday

Seeing how Tyson Fury has a live microphone this Monday on Raw, the odds are WWE will set up some kind of confrontation between him and Braun Strowman for Saudi Arabia.