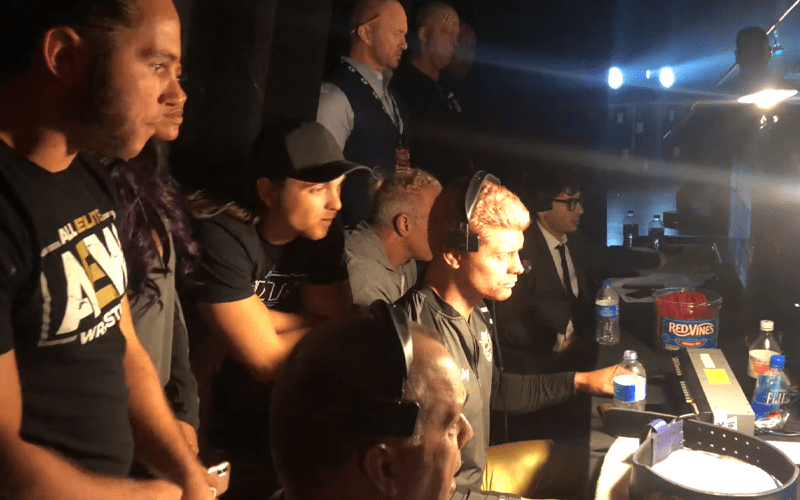 AEW: Dynamite premiered on TNT this week and they blew WWE’s NXT show out of the water when it comes to ratings. They pulled this off by focusing on what they needed to do and the All Elite Wrestling roster proved it in a big way.

PW Insider reports that there were no monitors backstage at the AEW: Dynamite tapings tuned to the USA Network. This is very interesting because it seemed that NXT were the ones cutting to commercial right after AEW did.

There were no monitors backstage at AEW’s taping broadcasting the WWE NXT episode. It was not a case of AEW watching what was going on the other show as they produced their own.

It seems like AEW concentrating on what they needed to do paid off in a big way. Hopefully, they will continue this momentum, but it’s a marathon and not a sprint as WWE cryptically said in their congratulatory message to the new pro wrestling company.