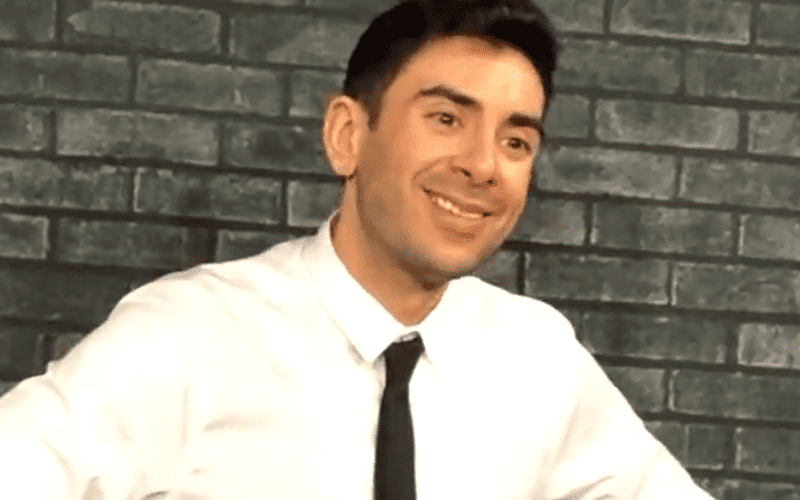 All Elite Wrestling: Dynamite made their big TNT debut this week, but they have a lot of people backstage to thank for their success.

PW Insider reports that Tony Khan was backstage during Dynamite timing out the show. He has done this job in the past on AEW’s pay-per-view events.

TK actually did a pretty good job timing everything out as well, because they had time left over.

It is reported that they actually had an extra 2 to 3 minutes at the conclusion of the show. This left them with room to focus on Chris Jericho and his new heel faction tearing up babyfaces in the ring.

It looks like Tony Khan will be timing out the show backstage for AEW on a consistent basis. He has been present at all of AEW’s television events so far and it doesn’t seem like he plans on missing any.