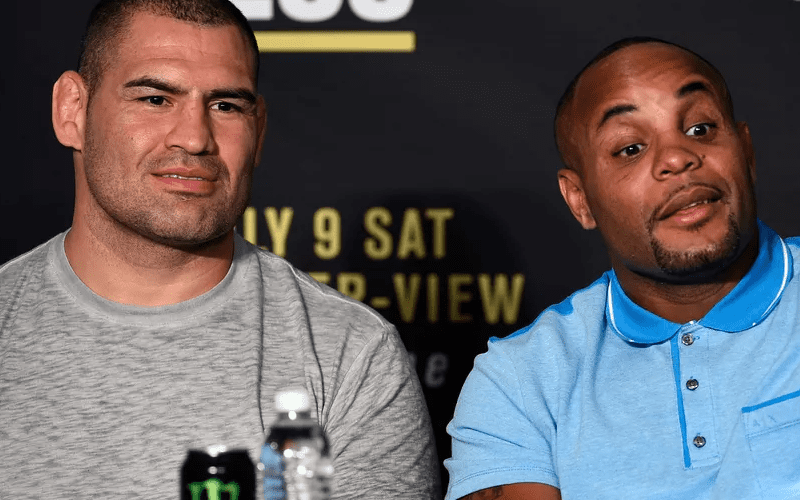 Cain Velasquez is scheduled to work in Saudi Arabia against Brock Lesnar. This came after a very surprising appearance on WWE’s FOX debut.

Daniel Cormier is rumored to be on his way to WWE eventually. It looks like this appearance from Velasquez was noticed by DC because he put out a great video of his reaction.

“That didn’t take long,” Cormier said as Brock had just exited the ring. Then he encouraged The Beast Incarnate to “go get some, Brock. Come on.”

Cormier thought it was crazy to see Velasquez on WWE television taking down Brock Lesnar in the middle of the ring. He’s not the only one.

You can check out the video below. WWE on Fox’s Twitter account replied to Daniel Cormier’s reaction with four “laughing while crying emojis,” so they obviously found it enjoyable as well.