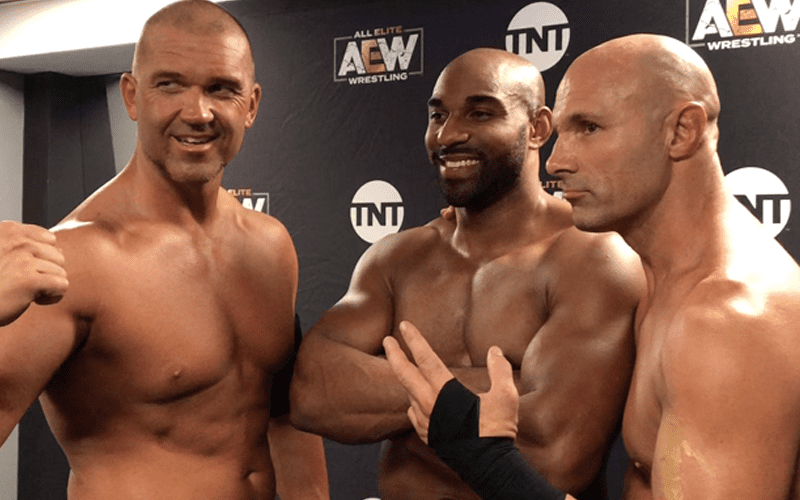 Frankie Kazarian is 1/3 of SCU, but he has been wrestling for 21 years to get him to AEW. A good portion of that career took place in a company that is still around today, but they’re not called TNA anymore.

Kaz recently revealed that he has a distinct honor among the All Elite Wrestling locker room. He is the only man who was on the first episode of AEW: Dynamite and TNA’s show called Impact!

I suppose I have the distinction of being the only person to be on both the debut shows of @AEWrestling and @IMPACTWRESTLING The fun fact? @CodyRhodes & @dustinrhodes were on AEW Dynamite as well. Their father, Dusty Rhodes was also on the first ever Impact broadcast.

This is pretty cool to know, especially considering Dusty Rhodes’ coincidental connection to all of this. During his time in TNA, Kazarian held the TNA Tag Team Titles three times and two of those reigns were with Christopher Daniels. Apparently, he forgot his fellow SCU member was a part of TNA’s debut as well.

Correction: @facdaniels and I are the only ones to appear on both. Apologies to CD who threatened me with physical harm if I didn’t fix this.

Frankie Kazarian might not have wrestled during Dynamite on TNT, but cutting that promo with SCU definitely counts in our book.