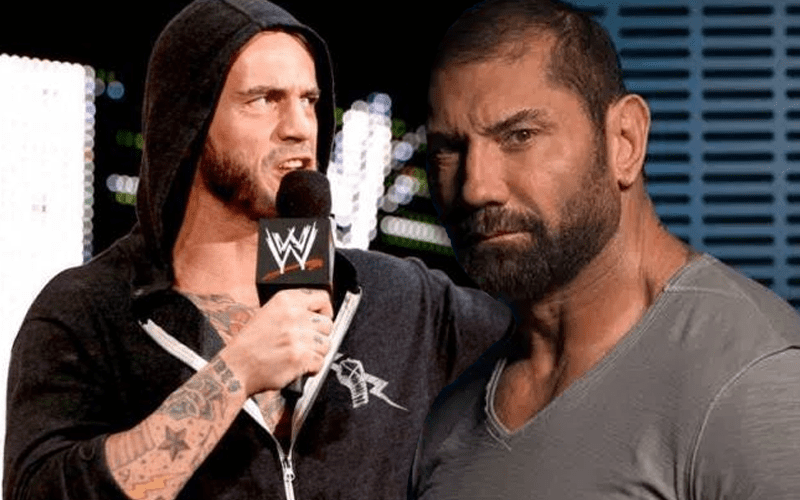 CM Punk isn’t the only WWE Superstar who left the company for one reason or another. Batista also took years away from the company only to make a return when they were ready to give him what he wanted.

While speaking to Collider Live, CM Punk discussed how his friend The Animal viewed him leaving WWE. Dave Bautista might not have been thrilled about how CM Punk exited WWE, but CM Punk was also quick to point out that they’re both “grown ass men.”

“The funny thing about me and Dave [Bautista], too, is that Dave 100% disagrees with me the way that I left. But we’re both grown-ass men who can talk about it instead of just throwing stones.”

“I feel I went about it the way I had to go about it because nobody else was going to take me out of that situation. I mean, concussions, and I had a staph infection, and it’s not getting dealt with, it’s not getting helped and their concern was, ‘He’s just got to go out there and wrestle, he’s got to go out there and wrestle.'”

CM Punk could very well be stepping back into the WWE Universe soon enough if he gets the gig on “WWE Backstage.” That is said to be a done deal.

It doesn’t appear that Batista and CM Punk’s friendship is still strained like it was with so many other members of the WWE roster. That possible backstage heat on Punk could make it very interesting if he gets the job on “WWE Backstage.”