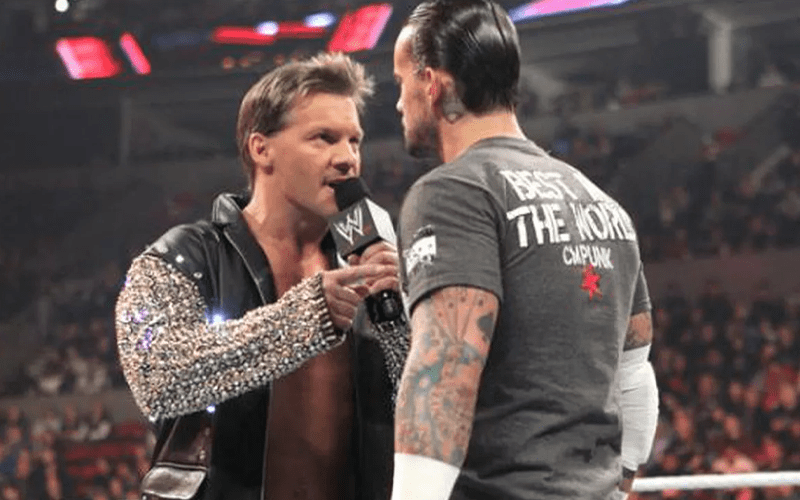 Chris Jericho and CM Punk shared a roster in WWE for a while and it’s anyone’s guess whether they will eventually share another in AEW.

While speaking to Ariel Helwani, Chris Jericho revealed that he’s not currently speaking to Punk. He admitted that CM Punk is an “interesting guy,” but he did say that there are some people in AEW reaching out to him and it wasn’t via text message.

“Well, not at this point. He’s an interesting guy. From what I understand, there was some reaching out to him and it wasn’t via text like he said. That’s Punk, he’s a martyr. I think it hurt their feelings [Khan and the AEW EVPs] more than anything, but I was like guys that’s Punk, that’s just who he is. We don’t need him.”

“It’s always great to have a guy like that, but it’s up to him…I haven’t talked to him in a long time. If he wanted to come in, it would be a huge buzz, it’d be great. But, I have a feeling he wants to go back to WWE because Vince wants to close the circle. He wants to be friends with everybody, and I think Punk feels the same way.”

CM Punk could be appearing on Fox’s upcoming “WWE Backstage” show as well so it will be very interesting to see what is down the line for CM Punk.