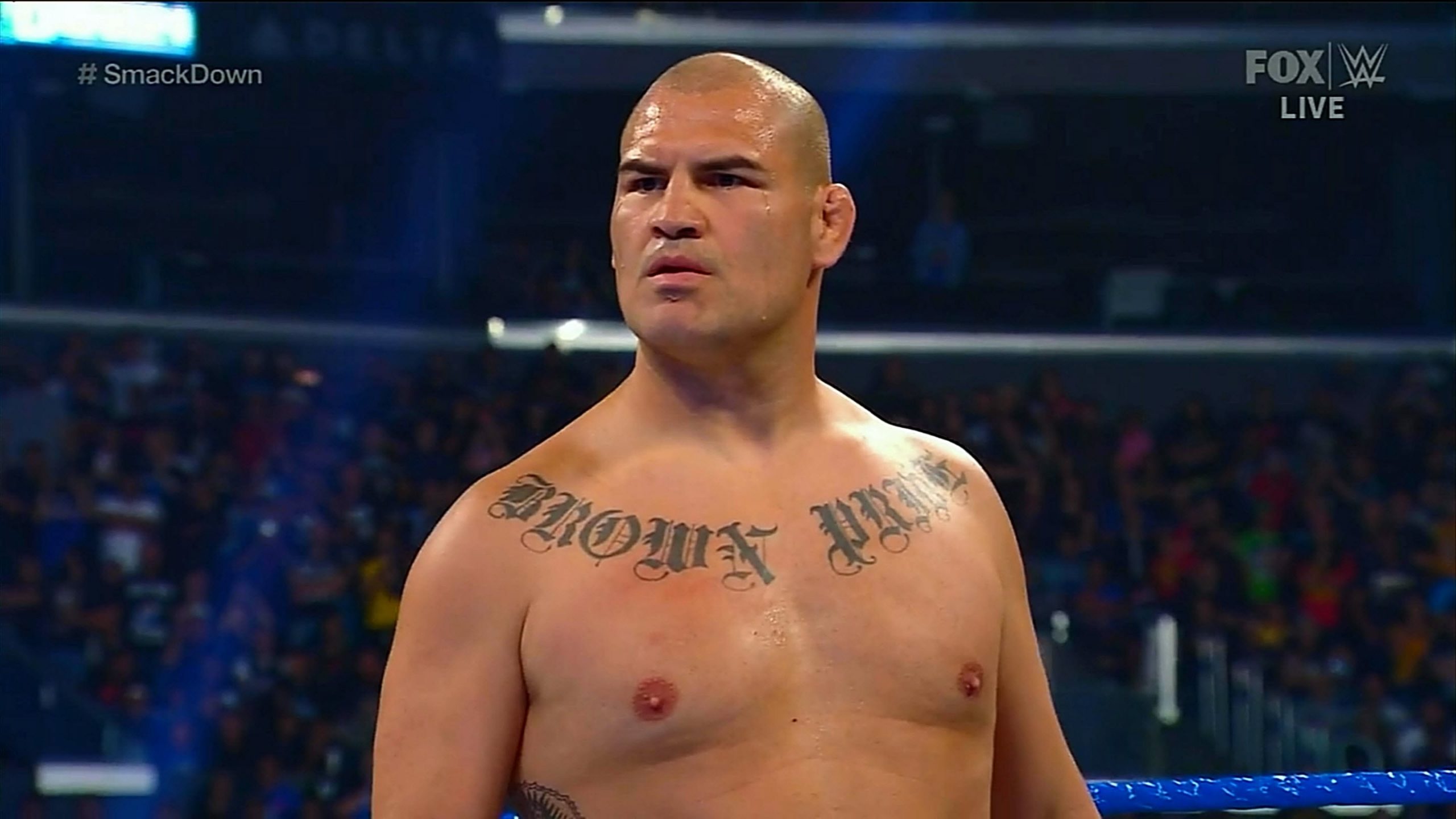 Brock Lesnar didn’t wast any time in winning the WWE Title from Kofi Kingston during the big WWE FOX debut of SmackDown. Then he had a surprise he didn’t see coming at all.

As Brock Lesnar was celebrating, Rey Mysterio’s music hit and Mr. 6-1-9 came out with Cain Velasquez.

The former UFC Heavyweight Champion approached the ring and hit Brock Lesnar with a double leg take down before Lesnar got out of the ring.

Lesnar teased getting back into the ring, but he did not. The show ended with Cain Velasquez standing in the ring while Rey Mysterio’s music played.