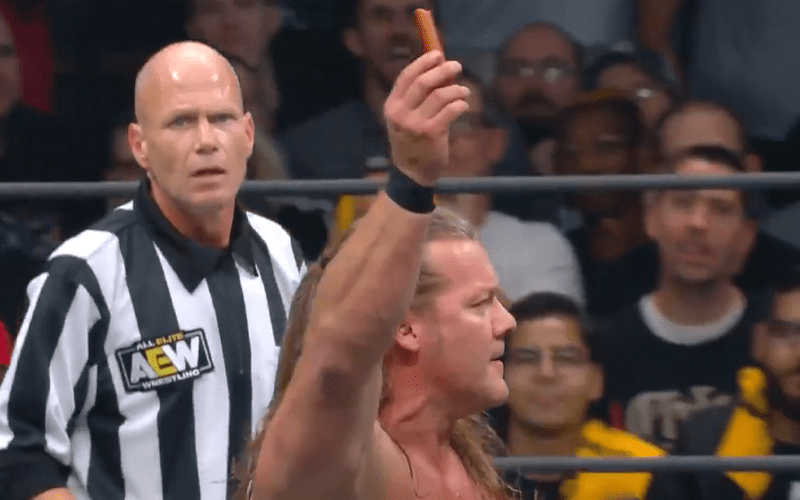 AEW: Dynamite was a big night for fans and everyone involved in the night of pro wrestling. One fan seemed to enjoy himself a bit too much because he threw a hot dog into the ring.

We previously reported that a man was confronted by police during the Dynamite taping because he threw a hot dog into the ring during the main event match.

During a commercial break, Chris Jericho grabbed the microphone and told his team to cease their assault for a moment. Then he addressed the hot dog throwing incident.

“Hey hold on, I got a question. Who threw a wiener in the ring?”

The crowd popped big time as Jericho crushed the wiener in his hands. This was a small incident, but it definitely made a much larger impression as soon as Chris Jericho called attention to it.