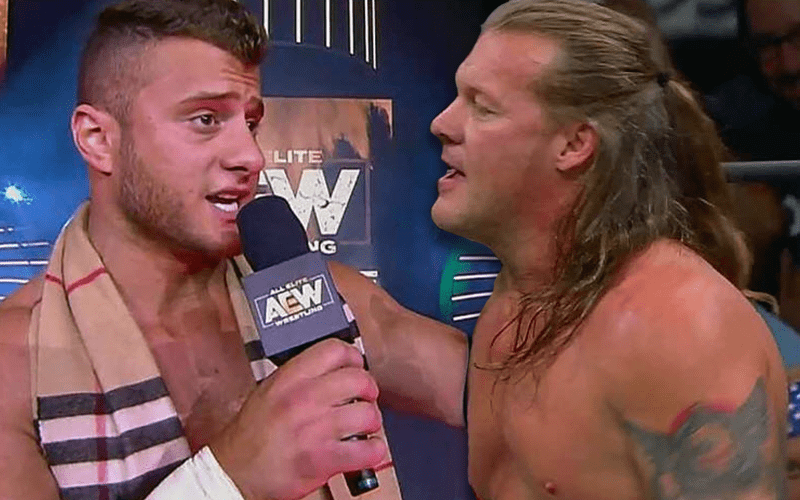 Chris Jericho led a heel assault on Cody Rhodes and any other babyface in the ring as it appeared a new stable was formed on TNT. MJF didn’t like that at all.

During the media scrum after AEW: Dynamite, MJF addressed the media right off the bat and cut a little promo on Chris Jericho. Even though Jericho is one of the greatest, he’s still a scumbag in MJF’s eyes.

“I’m not gonna lie to you guys. I’m not in a f*cking good mood, like at all because my best friend just got completely bludgeoned in the middle of the ring and I had no idea it was going on because I was back in the locker room after my match and I had no clue. I just found out after the fact.”

“So what should have been a night where I’m celebrating the fact that I just proved to the whole world that I am better than literally everybody now I have to be concerned about my friend because Chris Jericho is a scumbag.”

MJF isn’t happy about Chris Jericho’s actions and as Cody is preparing to face Jericho at Full Gear on November 9th, we’ll just have to see if Maxwell Jacob Friedman will step in and help out his best friend along the way. He couldn’t do anything to help Cody out last night and he’s not happy about it.