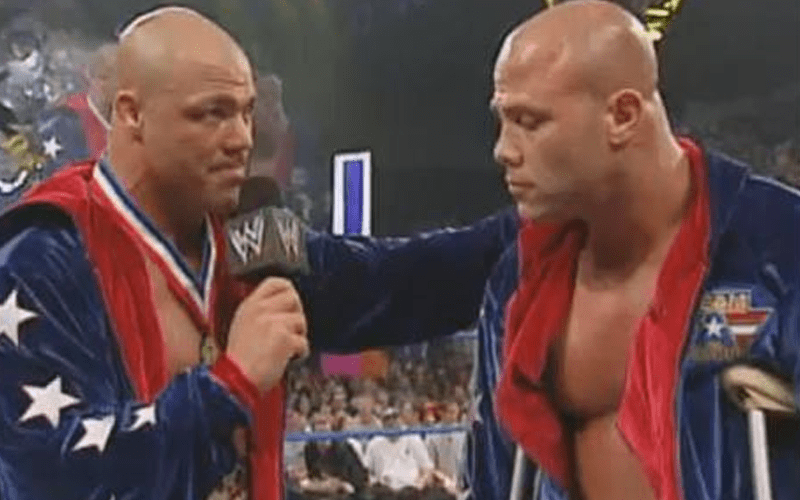 This is not a good story for Eric Angle, brother of WWE Hall Of Famer Kurt Angle.

CBS Pittsburgh reports that Angle was indicted for distributing anabolic steroids on the Dark Web. Authorities say that Eric Angle was one of three men who sold steroids and other substances via the Dark Web and then shipped them using aliases.

These three men are allegedly members of the “Qu4ntum” drug trafficking ring. They apparently imported steroids and from China among other places. These purchases were done using cash and cryptocurrency .

If convicted, Eric Angle is facing several charges, including conspiracy to distribute controlled substances and conspiracy to import controlled substances. He was already facing assault charges from an incident where he chokes a kid he was coaching on a wrestling team. Click here for that footage. Those simple assault charges were dropped in July.