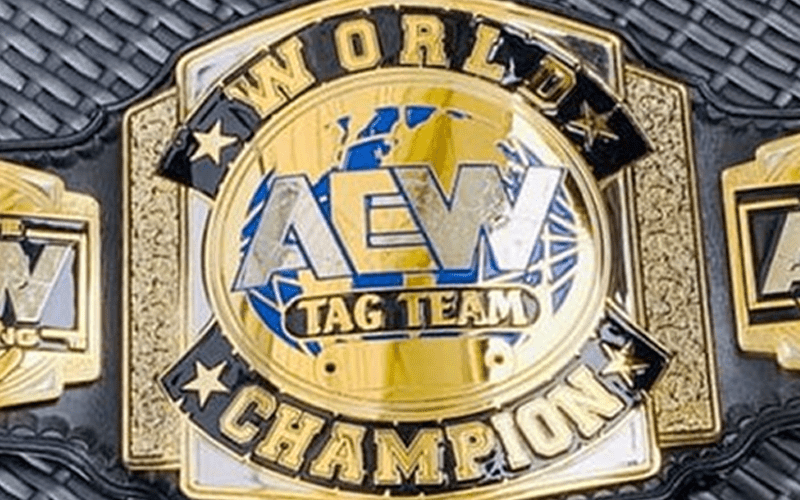 AEW will start their big World Tag Team tournament next week and it will culminate on October 30th in Charleston, West Virginia where they will crown first-ever champions.

Fans are excited to see who will move on in the upcoming single elimination tournament. There was also some momentum to build heat for a couple of those matches last night, but the titles weren’t really shown.

Kevin Smith and Jason Mewes were shown holding the AEW World Tag Team Titles last night in a photo that went viral. No, they were not crowned the first-ever champions by Tony Khan.

Thanks to Belt Fan Dan, we can get an even closer look at these new titles. You can check it out below. It looks like a great blend of old school and new school which could be a running theme that continues as AEW carries on.