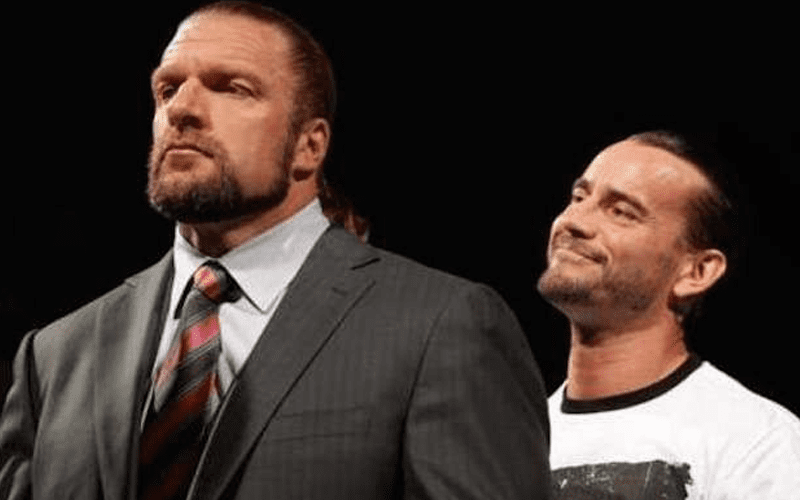 CM Punk seems more open than ever to talk about pro wrestling. He confirmed his audition for the new “WWE Backstage” FS1 studio news show and now it seems like he’s waiting to hear something official.

The pro wrestling rumor mill is going at full steam right now with talk of CM Punk inching closer to WWE through a possible role on the “WWE Backstage.” This has opened up a lot of speculation that fans could be seeing the Second City Savior’s eventual return to the WWE Universe as well.

While speaking to Sports Illustrated Podcast, Triple H addressed the current rumors surrounding CM Punk and WWE. He said that Fox is doing this show and made that abundantly clear. That being said, he continued to discuss the option of such an opportunity being present.

“Look, I’ve read about that as well. You know, to be clear, FOX is doing this show, and it’s their show, and it’s something they’re doing to talk about the WWE Universe and everything going on in it. They’ve had a long list of people they’ve been interviewing and everything, but as far as for us, one of the things I think this company has shown over and over again, is never say never.

“If the opportunity is right for everybody and it’s right for our fans, then we are willing to put the past behind us and move forward. So, I would say, never say never, but that’s also probably a long way from coming to. I don’t know. That’s also a little bit outside of my purview at the moment, but like I said, never say never.”

You can never say never in WWE and this is something we have certainly learned so far. Things could get very interesting if CM Punk were brought on to talk about WWE, but we’ll just have to see how things pan out.

CM Punk said he’s changed a lot since leaving WWE. He wants to put drama behind him and do what’s best for business. If doing business with WWE through Fox is what happens that that seems even more likely at this juncture.