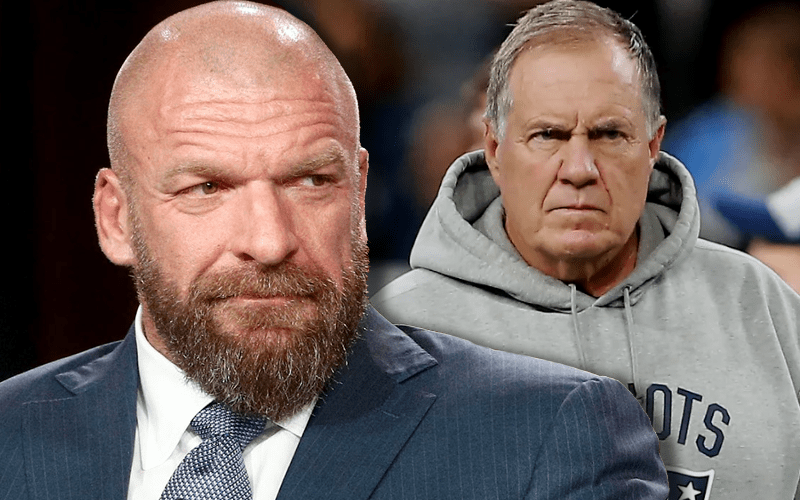 Triple H is leading his NXT troops into battle for the Wednesday Night Wars, but he draws some inspiration from outside the pro wrestling world.

While speaking to Sports Illustrated, Triple H explained how he learns from New England Patriots coach Bill Belichick every time he watches him on the field. The strategy in an NFL game might not be too different than the one that NXT is waging against AEW when everything is broken down.

“I learn from Bill Belichick every time I watch him. I’m not sure you can find a better example of someone who can build a team, keep that team together, and never allows internal conflicts to stop everyone from running in the same direction.”

“Belichick’s built a team that will run through a wall for him, and he’s built something that will last. There is something remarkable there, and that’s why he’s been as successful as he is. I do try not to mimic his fashion sense. I’m not sure the short sleeve jacket over the sweatshirt is working, but that’s not my call.”

Much like Belichick, Triple H has built an NXT roster that he can be proud to represent the brand on a national scale. They are not in to copy “fashion sense,” but NXT will continue to implement a ton of strategic planning along the way.