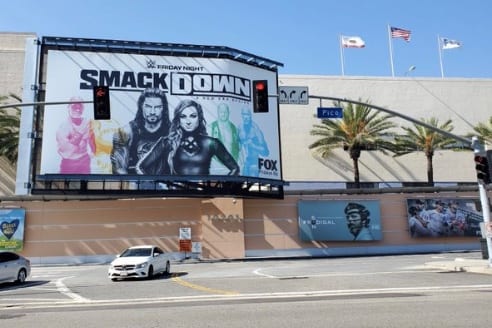 SmackDown’s move over to FOX has been a long time coming, and now that we’re just a few days away, the hype for the debut show is beginning to grow.

While nobody really knows who is going where due to the fact that the draft hasn’t taken place yet, that doesn’t really matter. All that matters is that the blue brand is on the verge of being positioned as the lead show in WWE, and that hasn’t been the case in a very long time.

One superstar who helped them reach that point is Becky Lynch, and The Man understands the journey that she has been on in order to get here.

Lynch’s grind has taken her all the way to the top of her profession, and this Sunday, it could even take her to the main event of Hell in a Cell as she prepares to defend her RAW Women’s Championship against Sasha Banks.

Before all of that, though, she has a Four Horsewomen tag team match to prepare for on Friday night’s episode – which is set to be the definition of stacked.

Becky’s journey on SmackDown really began back in 2016 during the most recent WWE Draft, and while some fans will be expecting to see her make the shift over to Monday Night RAW, the logical move would surely be to keep her on Team Blue – at least for the time being.

Either way, the work she’s done to get here should be applauded as WWE begins a new era of programming.