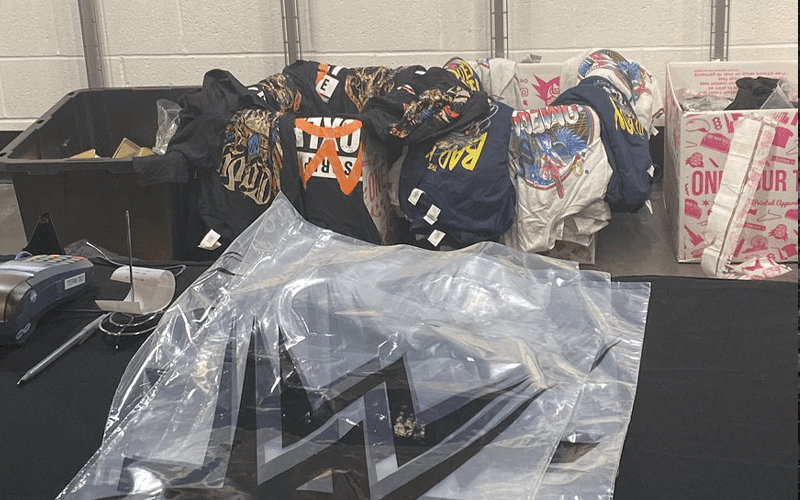 All Elite Wrestling: Dynamite debuts on TNT in just under an hour and there are plenty of fans who showed up to the event with intentions of buying merchandise. It appears they might get an unexpected surprises too.

Apparently, AEW is using WWE gift bags at their merchandise table. Fans at the event have sent this image out and it’s quite confusing.

Hopefully, All Elite Wrestling will be able to use their own branded bags in the future. It really makes us also wonder how someone came into possession of so many WWE gift bags as well.

We can only hope this is a staged photo. If not, it’s a pretty hilarious dig.