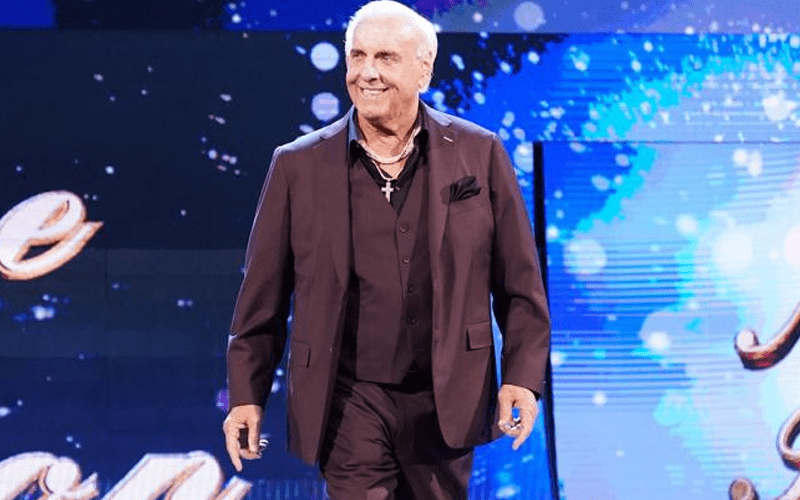 Ric Flair made his way to the ring and the 16 time World Champion was given a brand new statistic.

For some reason, the screen behind The Nature Boy said “17 time champion.” It didn’t specify which title they are talking about, but it is pretty clear that the World Title is the one worth bragging about for Flair.

The last time we checked, WWE still claims that Ric Flair is a 16x World Champion, but that could always change. After all, Flair claims to have way more reigns than 16 because of all the times he had to drop the title for one reason or another when it didn’t “officially” count.

We’ll have to see if WWE fixes Ric Flair’s graphic, but we probably won’t know if they’ve moved it back to 16 title reigns until he makes another appearance on television.