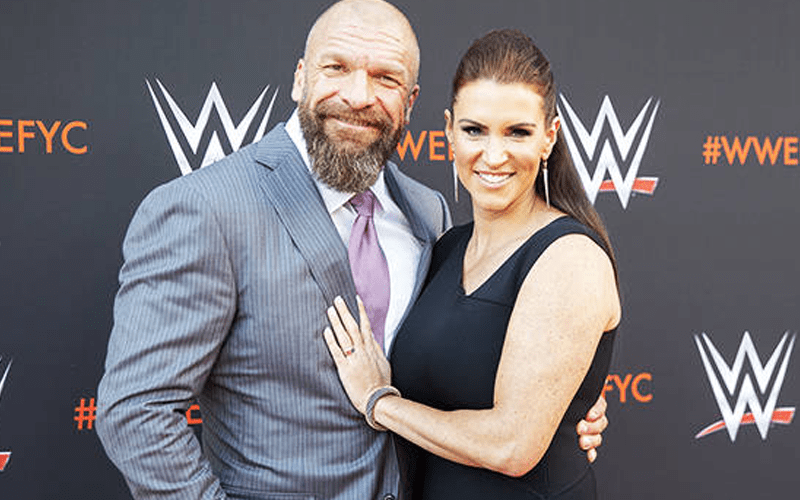 The McMahon Family have all gotten involved in storylines in one way or another. Even Shane McMahon’s sons have danced with their father to the ring. Now Triple H and Stephanie McMahon’s oldest daughter is training as well.

Stephanie McMahon appeared on Fox Sports’ Things First where she was asked whether she would encourage her daughters to step in the ring. This is when McMahon revealed that their oldest daughter Aurora Rose Levesque has already started training.

Obviously, Stephanie McMahon is going to encourage her daughters to be strong role models and follow their passions. If that happens to take them to a pro wrestling ring, then there are worse occupations to go into.

It’s unclear exactly how much training Triple H and Stephanie McMahon’s 13 year old daughter is receiving. She is definitely in the right family to give her some very valuable pointers on how to break into the business.