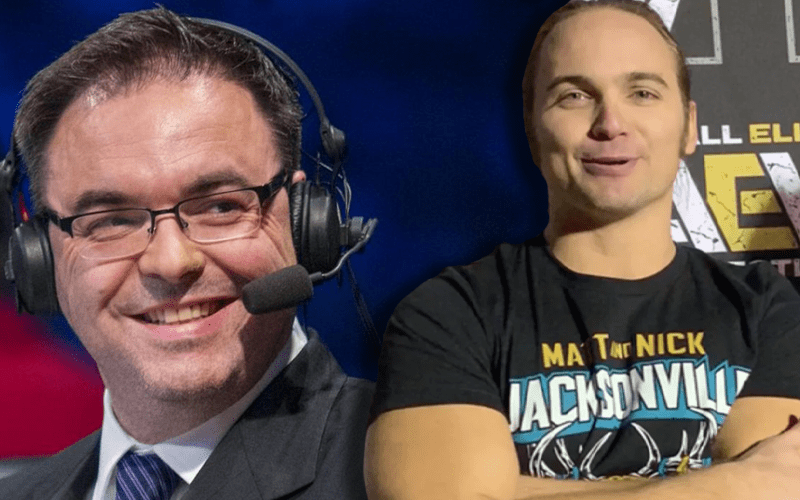 AEW and NXT might be competing in the same time slot, but it doesn’t seem like the bloodthirsty war from both sides.

Mauro Ranallo tweeted out that he is headed to Orlando for a history-making broadcast. NXT will be live for two hours on the USA Network tomorrow and they have a TakeOver sized card in store for fans.

Nick Jackson saw this tweet from the voice of NXT and he sent his best to the Bi-Polar Rock n Roller.

Good luck to you and your crew my friend.

NXT and AEW will be bringing everything the can to the table which could make October 2nd, 2019 one of the most important dates in pro wrestling history. Mauro Ranallo might be calling the action for AEW’s direct competitor, but at least he’s still got some friends in The Young Bucks.