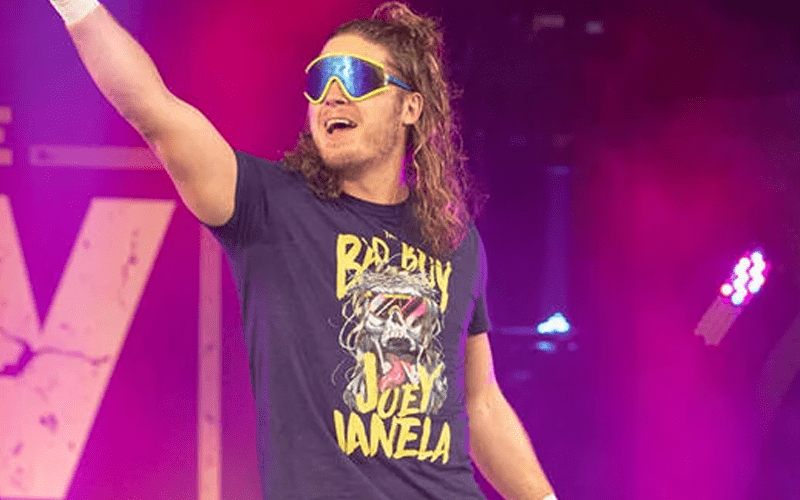 Chris Jericho became the first ever AEW World Champion and then he lost the title less than 24 hours later. That title was found and it turns out that Y2J has something in common with Joey Janela.

Janela was robbed a while ago and his gear was stolen. Then out of the blue, a pair of his wrestling tights ended up on the side of the road, just like with Jericho’s title.

Instead of wearing the gear, Janela decided to auction them off and donate the proceeds to a charity that means a lot to him.

So in an odd twist @CalluxPW found my tights on the side of the road in Philadelphia. So how about this I get them cleaned up, framed up. & auction them off for a good cause. @HazletsHope provides rehab & resources for recovering Opioid addicts, Something that hits home for me.

This is a great show of character from Joey Janela. We previously reported that he declined pressing charges on Big Cass too after he was assaulted. Janela obviously understands demons and addiction.

This is something we really have to give him credit for so hopefully, someone pays a ton of money for those found wrestling tights.