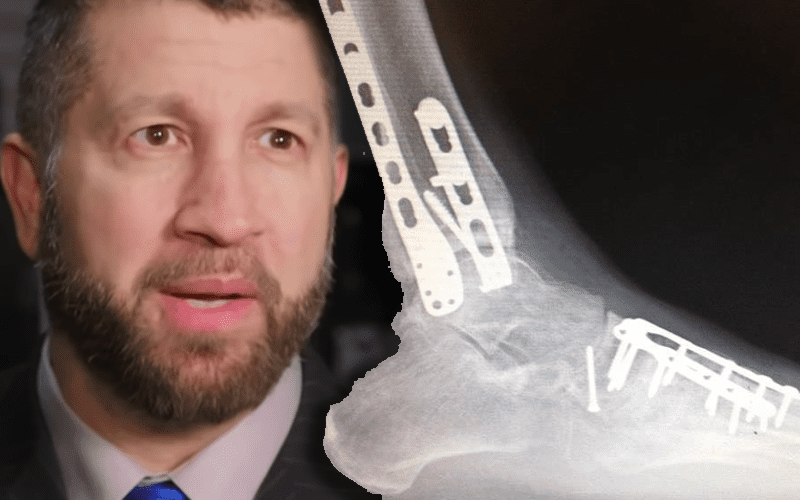 Shane Helms is now a producer for WWE, but he gave his body to the pro wrestling business for an entire career before hanging up his boots and cape.

Hurricane Helms recently revealed that he is still dealing with a debilitating injury. His ankle is fused into place with plates and screws. It looks awful, but it is nothing compared to the pain he lives with every day as he told fans.

My ankle is fused in place with 4 plates and 22 screws. I mask it pretty well cuz I don’t want (or like) for my family to see me hurt, but every day I deal with tremendous pain. Some days it’s bearable, some days it’s agony but every day it hurts. Every. Single. Day. I gave up pain meds years ago after seeing what they did to others. Pain meds are not the solution folks. I’m not here to judge or boss you, but the numbers don’t lie. Prescription drugs are killers too. Just be aware. Be cognizant. Be safe.

We can’t thank Shane “Hurricane” Helms enough for everything the he gave to the pro wrestling business. Now as a producer backstage for WWE he can continue inspiring and teaching, but he won’t be risking injury.

This is just another example of the trials and tribulations in pro wrestling that fans might not be privy to.