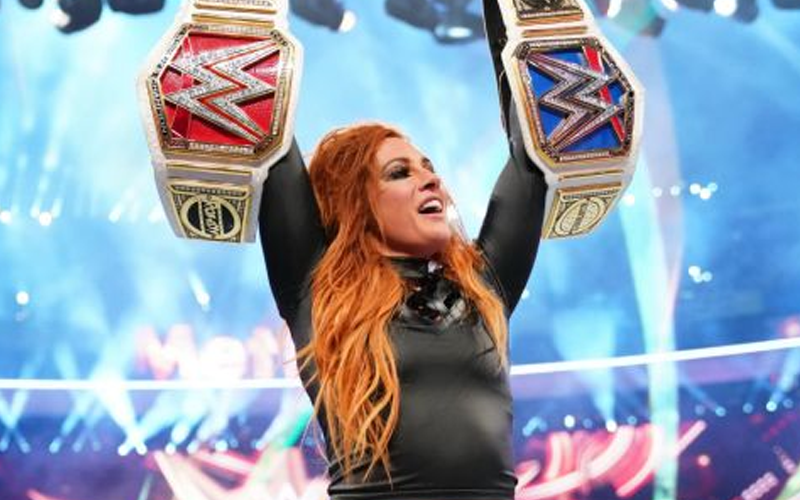 The Man is now the proud holder of both the RAW Women’s Title and the Up Up Down Down Title. Yes, one of them is for Xavier Woods’ YouTube channel, but it still counts to her.

She was very please with herself as she tweeted out:

Becky 2 Belts is back everyone.

The real kicker is that she defeated Seth Rollins to become Up Up Down Down Champion. You can check out the entire video below to watch The Man take on her man, The Architect.