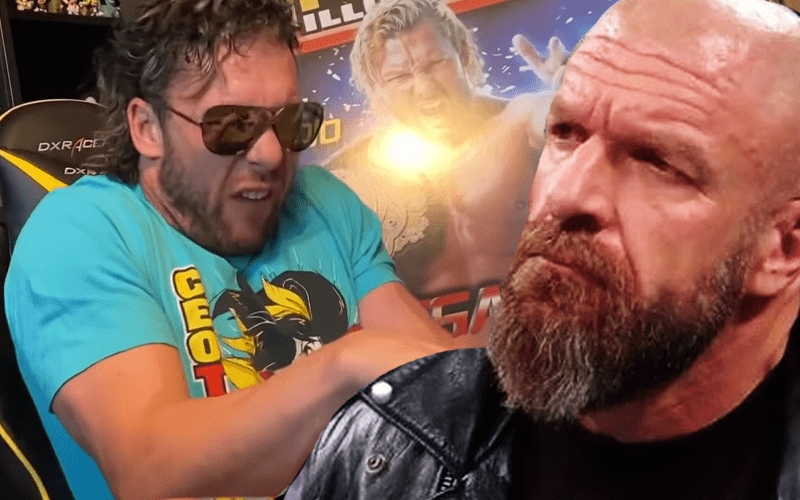 All Elite Wrestling formed in front of the IWC’s eyes over the past nine months and now Dynamite is finally coming this week.

Triple H is well aware that all of the fan support behind AEW is what kept it going. They used an idea like All In to translate into an actual pro wrestling company. This is no small feat, but Tony Khan’s involvement is definitely a part of things.

While speaking to The Sporting News, Triple H addressed the large backing that AEW has from the IWC. Their intention over at NXT is still the same to put out the best pro wrestling product possible. He heard what Kenny Omega said, but he’s not letting it get to him.

“It doesn’t matter to me. I’m not sure if you’re aware of social media and that landscape. It’s a fairly negative place (laughs). If you’re going to get thin-skinned and read into stuff and get angry about stuff that people say, it’s gonna be a rough life. There’s a statement about opinions over the years I’ve heard. Everybody it entitled to their opinion. Everybody is entitled to put an executive tag on the front of their name and think that’s a cool thing. Whatever. It’s all good.”

The Wednesday Night Wars are going to be a very real things as Triple H leads his troops into battle. They might not want to acknowledge the other side, but the idea is definitely there enough to know that Triple H is keeping a close eye on AEW’s activity.