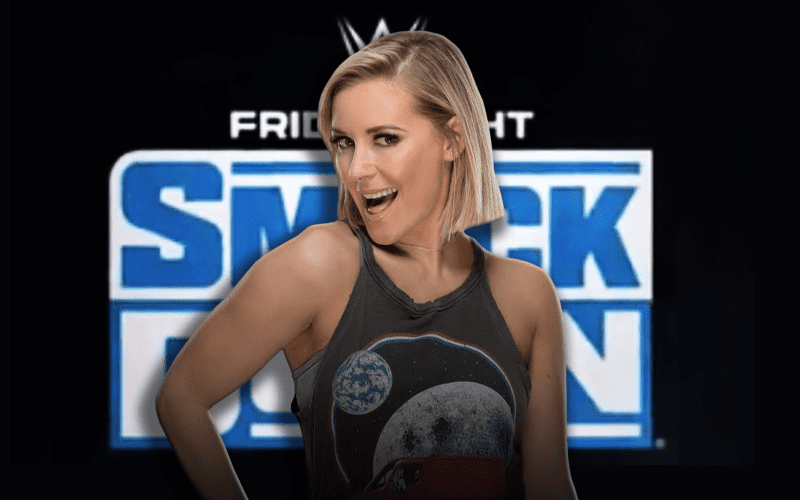 Renee Young is going to host “WWE Backstage” on FS1 every week soon enough, but she still has a position on SmackDown.

Michael Cole, Corey Graves, and Renee Young will be moving to Friday Night SmackDown this week, but it looks like Young might not be at the desk the entire time. We’re not certain what is going to change, but she felt the need to correct one fan which implied she might not have a usual role from this point on.

One fan of Young’s tweeted out a sad message saying: “Gotta wait an entire 4 days until @ReneeYoungWWE is back to commentating…..well that’s just not fair.”

Renee Young was quick to correct this fan as she replied saying: “Special contributor.” So, this title is apparently different from her former one.

Some fans thought it was interesting how Renee Young was listed as a “special contributor” for Friday Night SmackDown. This should clear things up for fans because it looks like things are going to be a bit different for Renee Young in her new role.