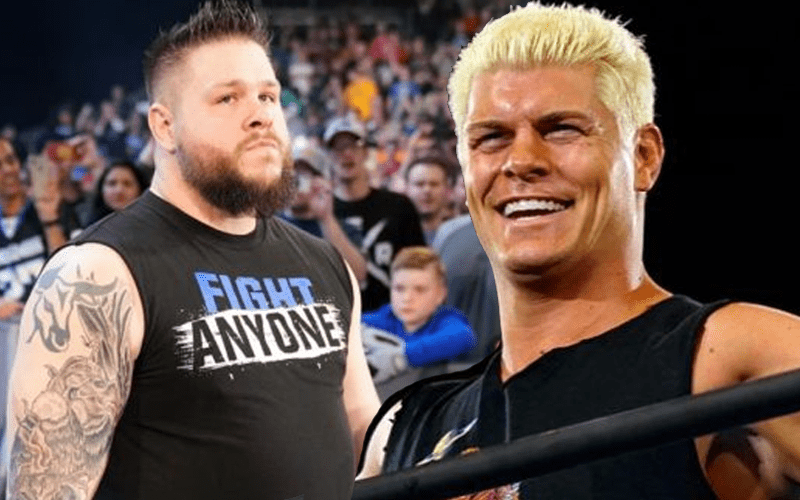 All Elite Wrestling: Dynamite is going to provide fans with a solid alternative to WWE, but Cody Rhodes actually has a WWE Superstar to thank for introducing him to his fellow EVPs.

Cody Rhodes spoke to Bleacher Report where he revealed that it was actually Kevin Owens who introduced him to the Young Bucks.

“I’m a big organizer and planner. So I had been in [WWE wrestler] Kevin Owens’ ear, like, ‘Hey, what does the world look like? I’ve saved a chunk of my money and I bought a home and stuff, but I want to make sure I can keep it. What does it look like out there?’ And Kevin was the one who said, ‘I’ll introduce you to The Young Bucks. They’re the masters of having marketed themselves outside of the company.’ Me and Brandi were totally fearless in that moment. It was crazy.”

In a very strange way, Kevin Owens might be the one who really deserves the thanks for starting AEW for introducing three of the primary forces behind the movement.

We’re sure that Cody and The Young Bucks would have met eventually, but things might be in a different point when they eventually did. Obviously, everything worked out just right this time around so AEW is a reality.