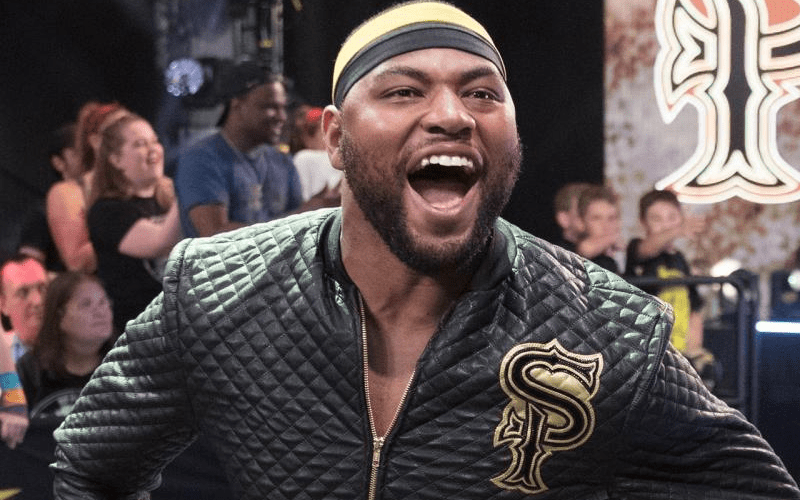 Street Profits member Angelo Dawkins has been an NXT Superstars for longer than just about every person on the roster. In fact, he might have the most tenure out of every wrestler in the entire WWE Performance Center.

While speaking to Chasing Glory, he recounted all of those years watching people come and go from NXT. He was still learning the ropes and admits that it wasn’t until five years in that he really got his legs under him.

“They’ve traveled the world, they’ve wrestled countless, like a bunch of matches, they have all this experience and everything, they already kind of got it figured out, so when they got here, they were like, ‘oh yeah, y’all are ready to go up.’ It was like, they have that experience for a reason and they see that in them for a reason.”

“Me, anytime that happened and I saw it, there would be people who would get mad but me, it kinda sucked but at the same time I was like, yo, they did all that. The furthest I ever traveled was like Arizona for a bowl game so…I always had to put things in perspective because if you don’t, it’ll drive you crazy around here.”

“Granted, I’ve been here longer than everybody here at the PC, going on seven years…the day before we go live. Crazy part about it was, I didn’t really start actually doing mediocre okay until [my] fifth year here because I was still learning and I’m still learning now, but I’m a lot more comfortable doing everything than I was when I first walked in.”

It’s understandable how someone can watch that make people come and go and think that it is’t going to happen for them. Eventually, Dawkins did find that special something and now as a member of the Street Profits him and Montez Ford are bringing the smoke to RAW and NXT on a weekly basis.