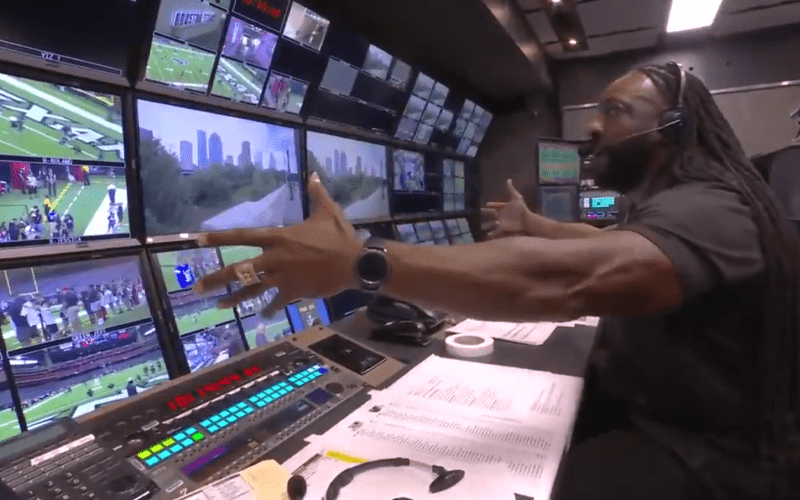 WWE is moving to Fox and they are rolling out the promotional activity in a big way. There’s a moving van rolling across the country, but that’s not all.

During Fox’s coverage of the NFL today, they showed a special guest from WWE. Two-time WWE Hall Of Famer Booker T was there, and he was taking over the production truck.

Booker T seemed to have a great time as he joked that running the show was more his thing. Then he called for them to run an advertisement for Friday Night SmackDown coming to Fox in less than a week.

In a very interesting note to add, it sounded like Fox also used Becky Lynch’s theme song in the background of the advertisement when they plugged the blue brand’s arrival in five days. She is also featured in the advertisement in a big way as well which doesn’t keep anyone from thinking that the RAW Women’s Champion will soon jump brands.