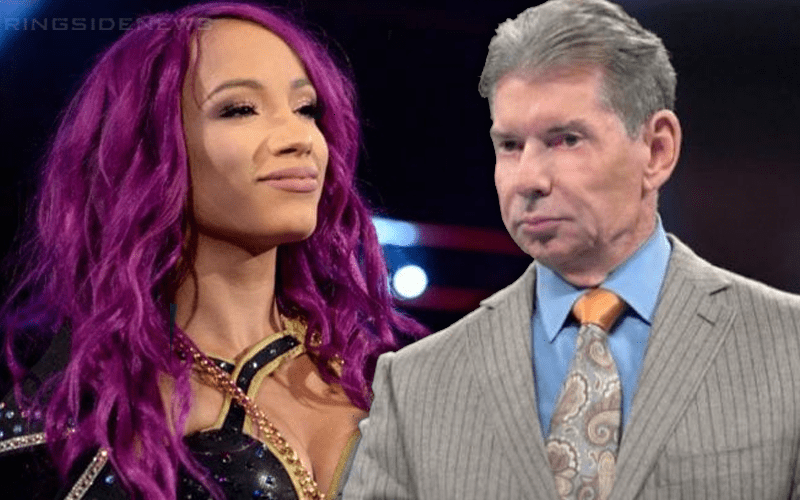 Sasha Banks just made her WWE return after SummerSlam, but she might want a break already.

The Boss has a big match at Hell In A Cell and she’s likely to walk away with the Raw Women’s Title. Becky Lynch looks to be making a jump to SmackDown which would make it difficult for her to represent both brands.

Banks made a joke last week that she needs a vacation. Then last night she posted a meme to her Instagram story of Leonardo DiCaprio with a caption saying:

“When you try to leave work a little early, but your boss reminds you that you have 7 hours left…”

Banks wrote: “Classic Vince” above this meme which would lead us to believe that she’s experienced some late nights due to McMahon as well.

Vince McMahon has been legendary recently for keeping his writing team until 3:30 AM working away at a script he will inevitably change sometime before the show starts.