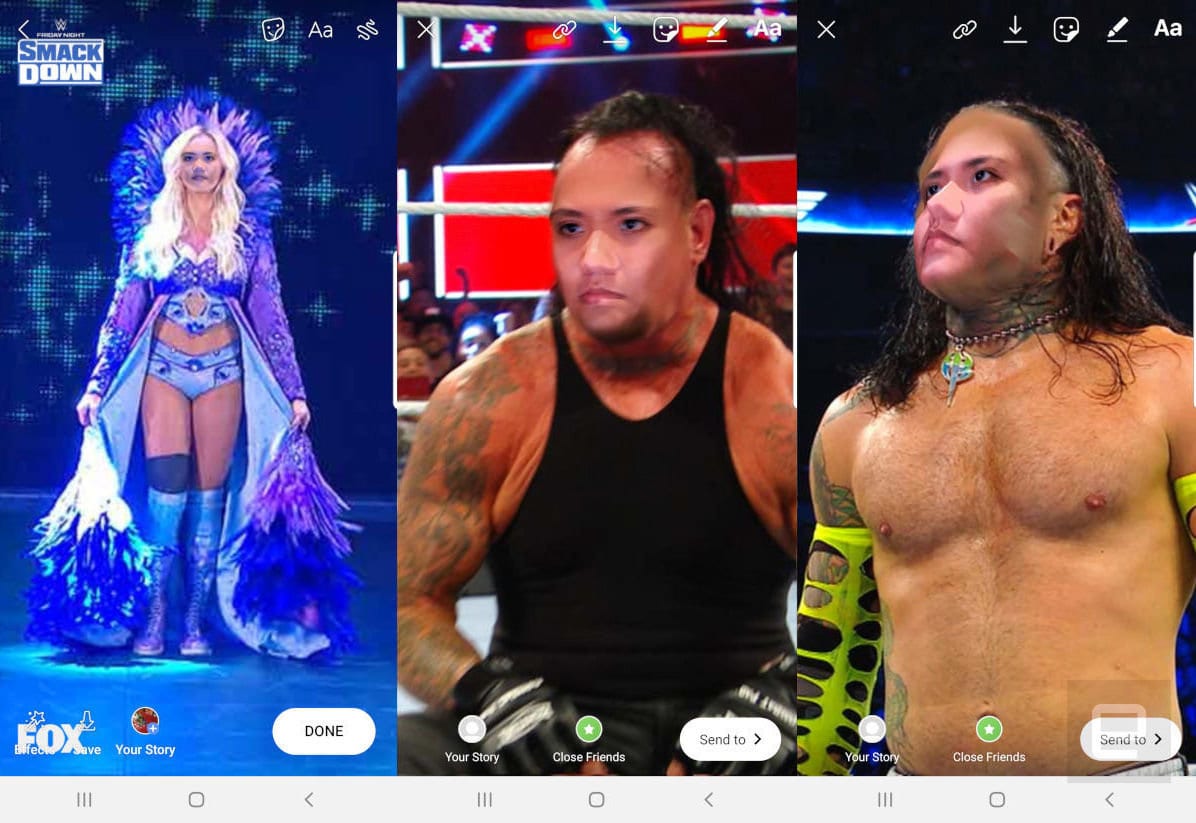 WWE is putting all of the promotional effort in to their Fox Sports move that they can muster. Now they are introducing some cutting edge technology.

For some reason, people like taking pictures of themselves and let a filter change that image into some very different. MJF hates these filters, as he should. The Salt Of The Earth probably really hates this new idea that Fox Sports has cooked up too.

Fox Sports is hyping the WWE Friday Night SmackDown debut by creating seven AR filters that can turn fans into WWE Superstars. Seven Superstars will be eventually featured where fans can wrap their faces around people like The Undertaker, Triple H, Randy Orton and Charlotte Flair.

Soon the Internet Wrestling Community will be flooded with funny face wraps thanks to this new technology. Facebook’s Spark AR Studio are the ones behind this, but it is all to promote Friday Night SmackDown in the end.

These new filters will be rolling out on Facebook and Instagram nationwide within the next couple of days and more designs could be added eventfully.