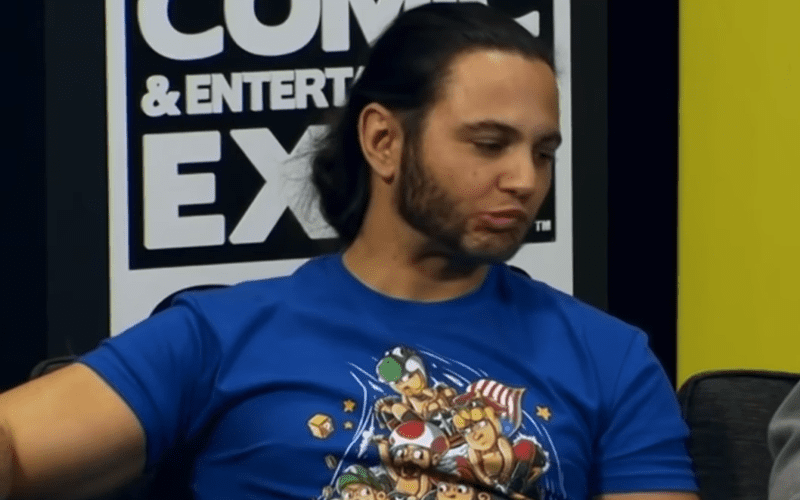 All Elite Wrestling is about to embark on a new journey with TNT and it all starts this Wednesday night. Cody Rhodes, Kenny Omega, and The Young Bucks are Executive Vice Presidents of this new company, but not everyone was thrilled about owning that new title.

While speaking to Bleacher Report, Matt Jackson revealed that he didn’t even want to tell people he was an Executive Vice President of All Elite Wrestling.

Sometimes that kind of role gets in the way of being a pro wrestler and that’s not an impression they wanted to put off.

“I never even wanted to tell people I was an EVP and it just kind of got out. There are other EVPs who love that. They want to talk about it. That’s fine, but Nick and I have always been the type of people who say, ‘No, I’m always a wrestler first and I want people to think of me as a wrestler.'”

“We always just want to be one of the boys. It’s tricky territory. They are going to say, ‘Well, they’re booking it. Of course, they’re gonna go over.’ Then there’s the argument they are the popular act everyone wants to see so, of course, they should win.”

“I don’t think we should overthink it. A big reason we did this was to shine a spotlight on talent that isn’t as well-known, and Nick and I are very unselfish in that way. We really want to get other people over.”

“We don’t have to win every match. We’ve been losing most of our career, people don’t realize. We probably don’t have a winning record if you looked at it. It’s not that important to us, but we should keep ourselves to a point where we don’t look overly weak. It’s very, very tricky, and you know what? We are never going to be able to keep everybody happy.”

The EVPs of AEW must be very careful not to fall into the same tricky “boss gimmick” that so many other wrestlers have in the past if they held positions of power backstage.

The Young Bucks won’t win every match and the ones they do won’t be only because they are Executive Vice Presidents. That is something they wanted to make clear.