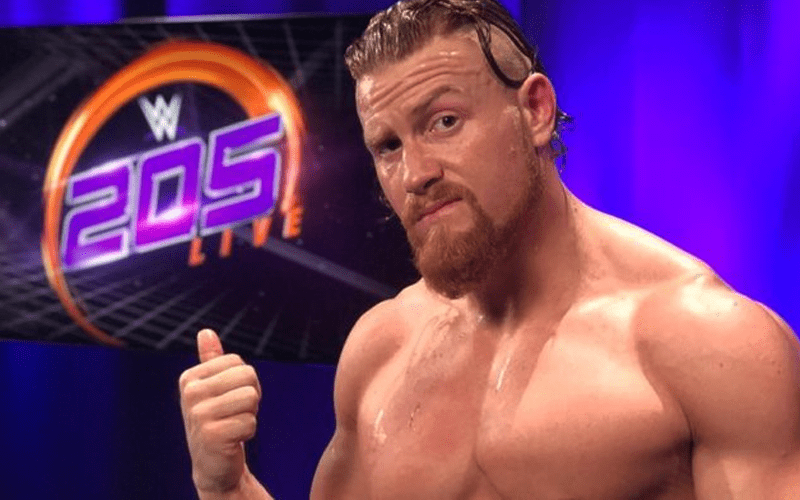 Buddy Murphy was Cruiserweight Champion for the longest time, but fans often wondered if his weight was really at the 205 pound limit. The fact that Murphy’s 2k video game version was announced as 230 pounds made things even stranger.

While speaking to Fightful, Murphy revealed that he is actually up from his 205 Live weight. The Australian still sticks to his story that he was within the 205 Live weight limit, but now that he’s on SmackDown it’s okay to pack on a couple pounds.

“215. So I’m up. I was a little, from coming to 205 and then getting drafted to SmackDown, obviously there’s been a period from that day to now. A little long period, but that was kind of a little strategic way that I wanted to go about things. I wanted get a little bit more size just before I mix it up with guys on SmackDown Live. It’s been a little longer than expected, but I definitely wanted that break in period to get more size. I came in to NXT at about 235. I hovered around 230. And the initial cut started at about 225. So 20 pounds to make the Cruiserweight division,”

Buddy Murphy had a nice spotlight on him during Roman Reigns’ search for his backstage attacker. Then he was quickly dismissed after he was forced to recant his testimony. We’ll have to wait and see what WWE has in store for him next, as he is still one of WWE’s best kept secrets.