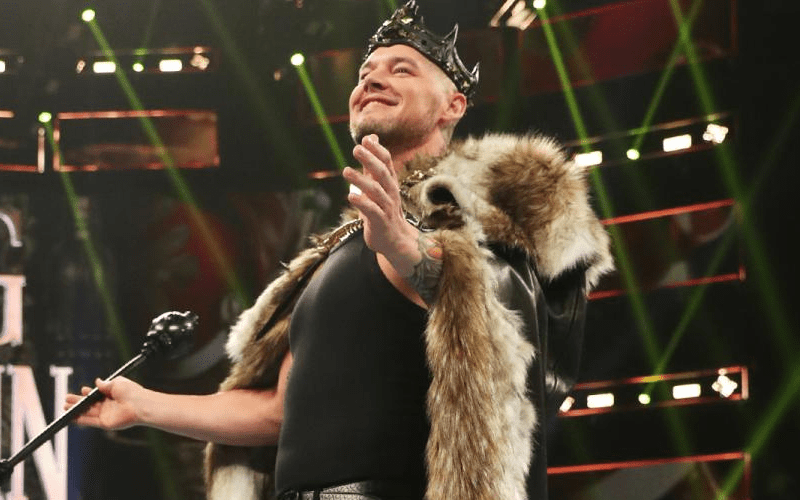 King Corbin is not afraid to speak his mind at all and His Royal Highness recently spoke about All Elite Wrestling’s fickle fan base.

A tweet from the Voices Of Wrestling Twitter account received some attention recently. They were making a point about how AEW is being over-analyzed every step of the way with fans picking the company apart.

You can tell me im wrong again all you want,but i’ve never seen a wrestling promotion dissected as meticulously as AEW. From utterly meaningless things like stickers on production trucks & dumb promos on BTE,to this UK TV mess. Constant microanalyzation. And thats just this week.

An Instagram account called “Burying Smarks” took a screen capture of the tweet and sent it out. Then Baron Corbin commented on this post to give everyone quite a surprise as he took a shot at AEW fans.

The ones who criticize every detail are literally their target audience haha.

It sounds like King Corbin isn’t a big fan of AEW or their fans, but why should he be? WWE keeps paying him great money so he can accord fancy cars and watches and continue living like a King. Now the company gave him the gimmick to go along with his lifestyle.