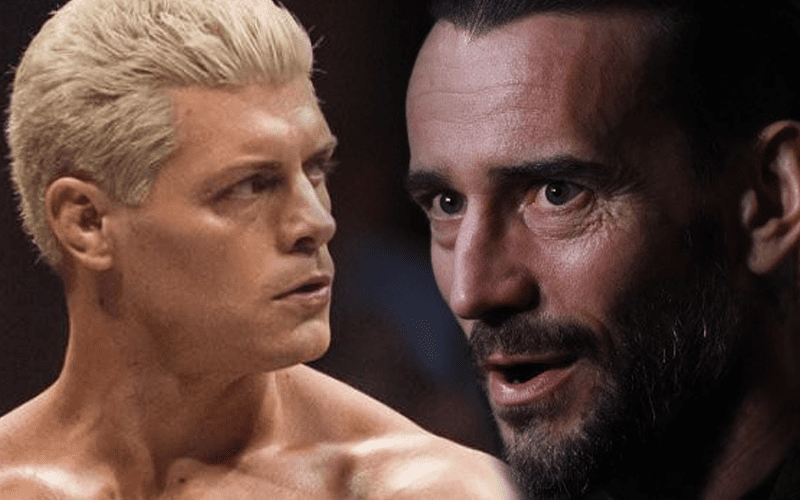 CM Punk might be headed back to WWE. At least, he could be a part of a WWE themed studio news show on FS1.

We previously reported via Dave Meltzer that AEW said they wouldn’t sign CM Punk. This was after he dissed the company by saying that AEW offered him a contract via text message.

While speaking to Collider Live, Cody Rhodes cleared the air. He explained the contact that AEW has had with Punk and didn’t totally close the door on him coming into AEW. He did say that Punk did made them look like dumbasses.

“But he did kind of make us look like dumbasses, saying we sent him a text offer. I’m sure we texted him, but we also called him. Someone also met him in a coffee shop. We made genuine effort but in this case in 2019, he spent quite some time away from the ring, we gotta focus on who really wants to be on board with us versus going out and finding someone who perhaps doesn’t want to be part of this.

“I didn’t, I didn’t really communicate with him further after that. I expected to see him at Starrcast. He gave this great live show that he did with Mike Johnson where he was really great with you know his answers. I’m sure we’ll run into each other at some point. If he ever wanted to be part of this and had the passion to come back to wrestling, that door is always open. No ego, no situation would ever prevent us from having him come in because the fans have never given up on Punk. Ever. It’s crazy.”

CM Punk might not want to come back to pro wrestling at this stage in his career. He could just want to focus on acting and broadcasting for all we know. It’s unclear exactly what he is going to do next, but fans are expecting something at this point.

Please credit Ringside News when using the above quotes