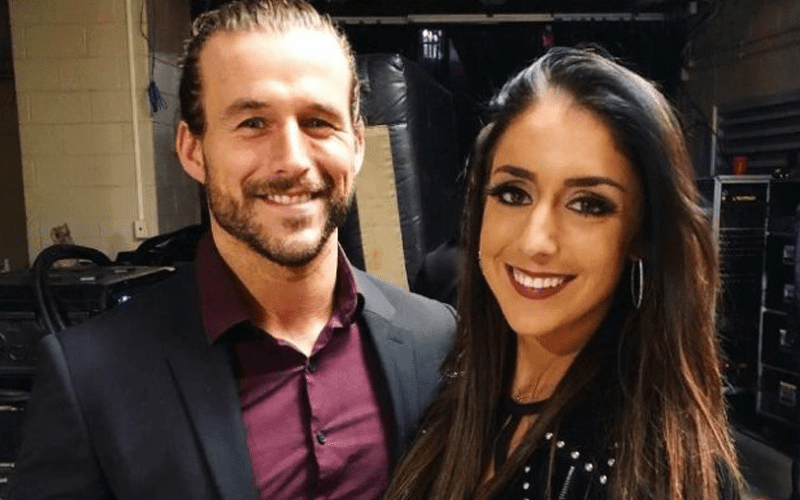 The Wednesday Night Wars will see WWE’s NXT take on AEW, but those two companies have wrestlers with connections to the other side. A lot of WWE Superstars are friends with AEW stars, but that really hits home with Adam Cole.

Britt Baker and Adam Cole are in a relationship and live together in Florida. She moved there after finishing dental school and the two are quite a popular pro wrestling couple. Now Baker is with AEW while Adam Cole is the current NXT Champion.

Baker said at Starrcast III that she wants to be known as more than Adam Cole’s girlfriend, but she can’t pass up a great merchandising idea. AEW’s resident dentist is now selling a t-shirt that says “The Real Wednesday Night Wars” with both her and Adam Cole’s face on it.

You can check out the t-shirt here if you’re interested. We have to give Britt Baker credit for this one.