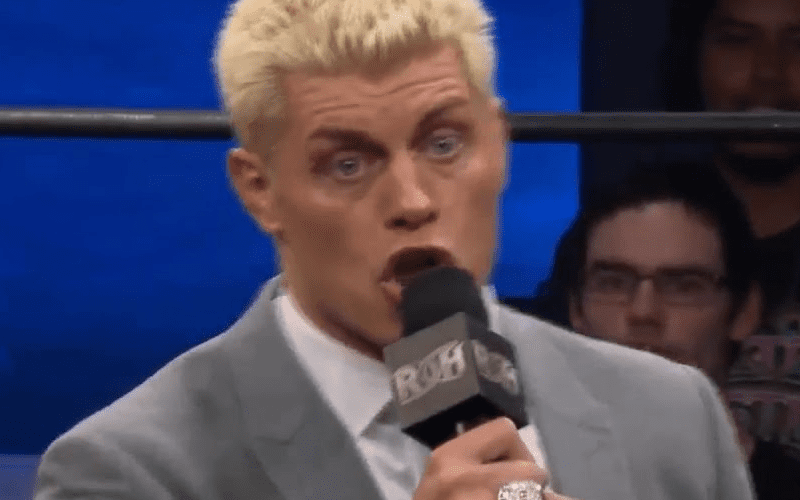 All Elite Wrestling has people working very hard behind the scenes to make sure that everything comes together. Cody Rhodes has witnessed that hard work first-hand and every now and then he just has to put a troll in their place.

During Starrcast II, Cody said that WWE’s deal in the UK sucks compared to AEW’s this was months before it was revealed that ITV will be airing the show with a four-day delay. That announcement didn’t make some fans very happy.

One fan called Cody out for those comments and then said that AEW is already turning into a joke. This brought a reply from The American Nightmare.

You think such a large endeavor doesn’t have PR professionals?

This is a clip of a comedy panel. It ain’t life or death friend.

Maybe mouthy, but a deal is still better than no deal. Live option for only 5 bucks and the replay on free tv versus a premium channel.

Fite TV will be offering All Elite Wrestling: Dynamite to UK fans for $4.99 a month. That broadcast might also include more content as commercials might not be a part of that show. This means the United Kingdom fans might actually get a longer show. Still, you can’t make everyone happy.