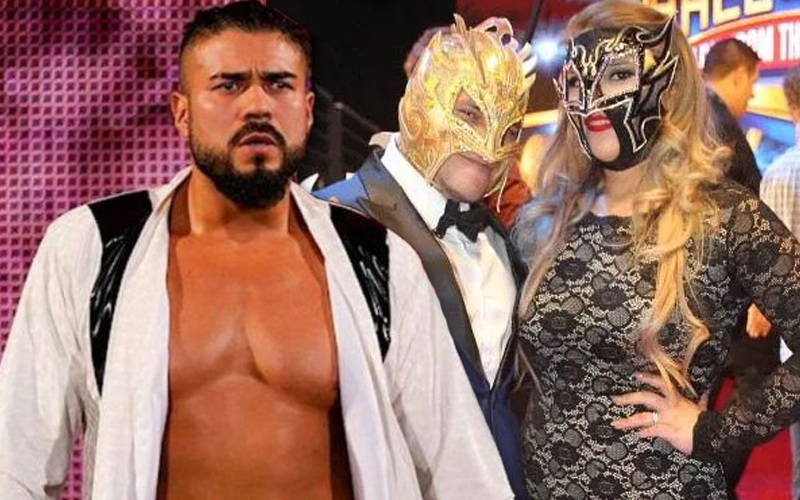 Andrade is very popular with the ladies, but his real life girlfriend is Charlotte Flair, not Zelina Vega. That didn’t stop Kalisto from cracking a joke about them.

Vega is actually Andrade’s business manager and married to Aleister Black. It still tells a good story if both her and Flair are infatuated with Andrade.

Kalisto put out a Photoshopped image of Andrade, Zelina Vega, and Charlotte Flair with the following caption translated from Spanish:

This is believed to be @Televisa with your soap opera DRAMA.

Andrade then returned fire with his own tweet. Kalisto’s wife is often seen wearing a mask so the former NXT Champion proposed they get her involved as well.

Speaking of women! Perhaps your wife is a fighter that I did not understand because she always has a mask! That respect the culture as you say it !!!

We’ll just have to see if this Twitter banter translates into anything happening in the ring. We certainly wouldn’t hate an Andrade & Kalisto feud because those two could produce some great matches if given the spotlight.