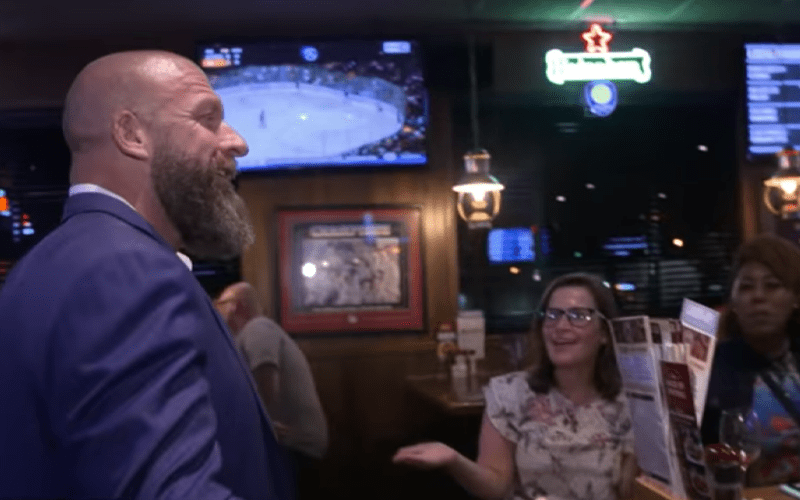 Triple H is really going all out to make sure the fans know how much he appreciates them.

Last week after NXT’s debut on the USA Network, Triple H jumped in the crowd for a giant selfie with the Full Sail Arena crowd. This week he took fans up on an invitation to attend a dinner party that they never thought The Game would take them up on.

These fans bonded over NXT and Triple H spoke about how much he loves the fact that NXT is bringing fans together like this. They sent a tweet out to him and asked him if he would pop in at the Ale House that isn’t too far from where NXT records their show.

He couldn’t eat or have a drink with these fans, but he wanted to let them know how much he appreciates them. It was a huge gesture from Triple H that he didn’t have to do, but he did it anyway.

Triple H did show up, and WWE’s cameras just so happened to be there to capture the entire event. Needless to say, these fans were very surprised. You can check out the clip below or click here if you’re having problems viewing the video.