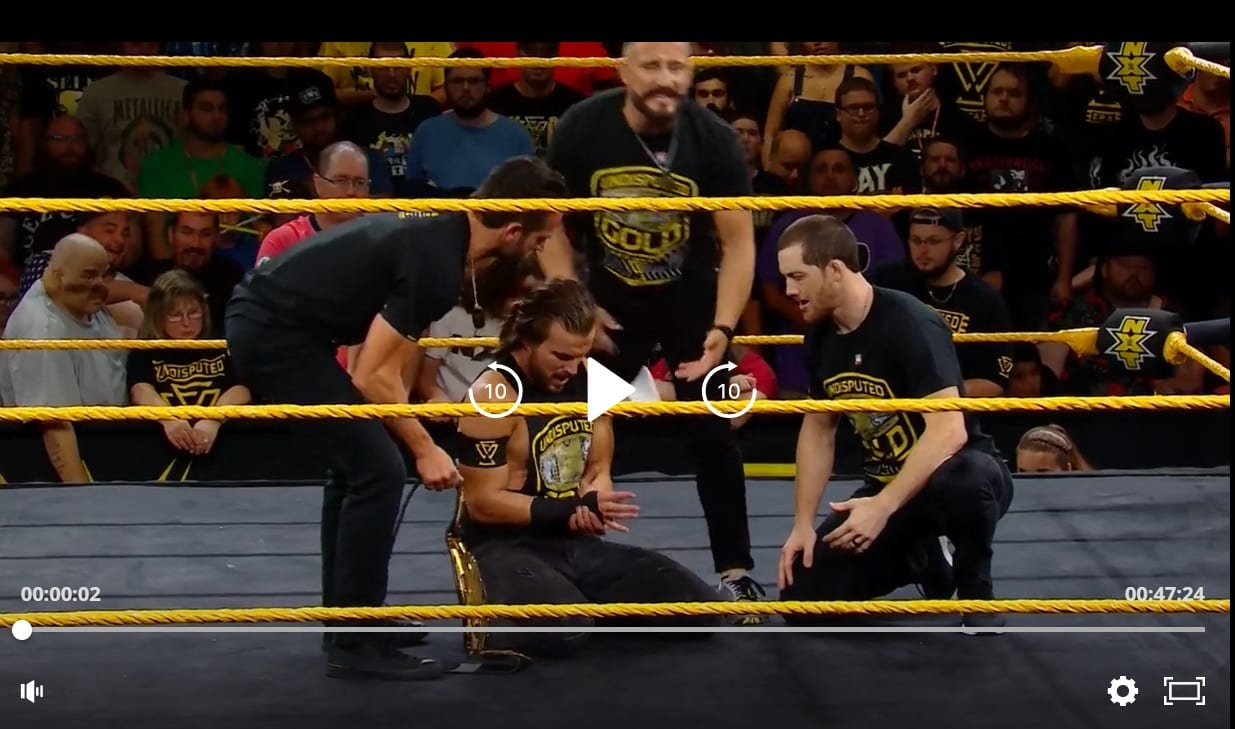 WWE aired the first hour of their NXT program on the USA Network this week with the second half being on the WWE Network. This was done to cater to the final episode of Suits.

Next week both hours of NXT will be live on the USA Network and it will be available on the WWE Network the following day. As of right now, some fans are having a hard time with NXT’s latest episode if they missed the first hour on the USA Network.

The September 25th episode of NXT on the WWE Network is only the last 48 minutes of the show that was the second half of the program. At this time, the entire broadcast is not available for streaming on the WWE Network.

As of this writing, the show picks up in the aftermath of the Matt Riddle vs. Killian Dain street fight. It would be a shame for fans not to see that match.

Update: Bryan Alvarez noted on Wrestling Observer Live that they are waiting 24 hours from the end of the broadcast to make it available for streaming on the WWE Network.