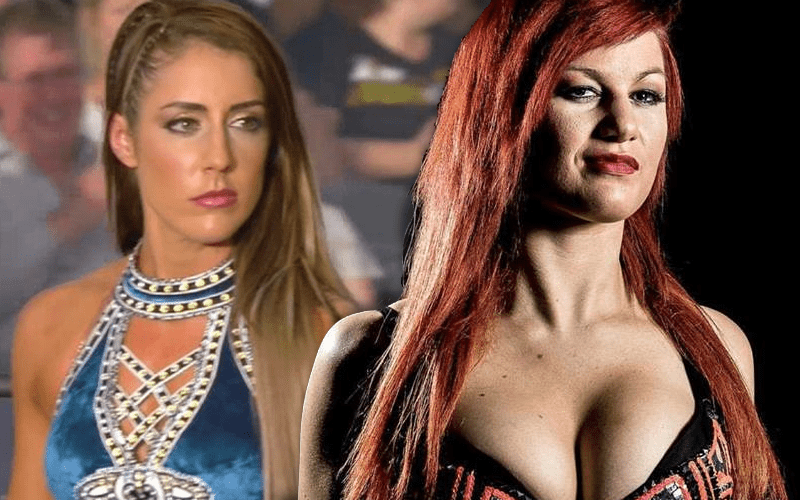 AEW has a roster packed full of different talent. Some people have already started feuding among themselves.

Bea Priestly accidentally gave Britt Baker a concussion at Fight For The Fallen. At All Out, Baker seemed to get her receipt on Priestly, but then Bea pulled Britt over the top rope and eliminated her from the match.

Baker spoke to WrestleZone about the heat between herself and Bea Priestly. Causing a concussion for her at Fight For The Fallen was one thing, but screwing her out of an AEW Women’s Title shot at All Out was another.

“I could say that I would have possibly just washed my hands with it, but then costing me my title match, my title shot opportunity—which, from day one, all eyes have been on me essentially—because I am one of the faces of the women’s division. And that opportunity, I was essentially cheated out of it because of Bea Priestley. So now it is a war.”

“Clearly this isn’t a clean fight anymore because she hasn’t fought clean since day one. The second she stepped into the ring, she gave me a concussion. Her very first offensive move in an AEW ring was giving me a concussion. So, moving forward, I have this whole story just ingrained into my head.”

It seems like Bea Priestly has more than one real-life feud in AEW as she also had a backstage confrontation with Sadie Gibbs.

We’ll have to see what All Elite Wrestling could have in store for Baker and Bea, but we’re willing to bet that their fight is just beginning.